We should reduce the number of troops anyway. 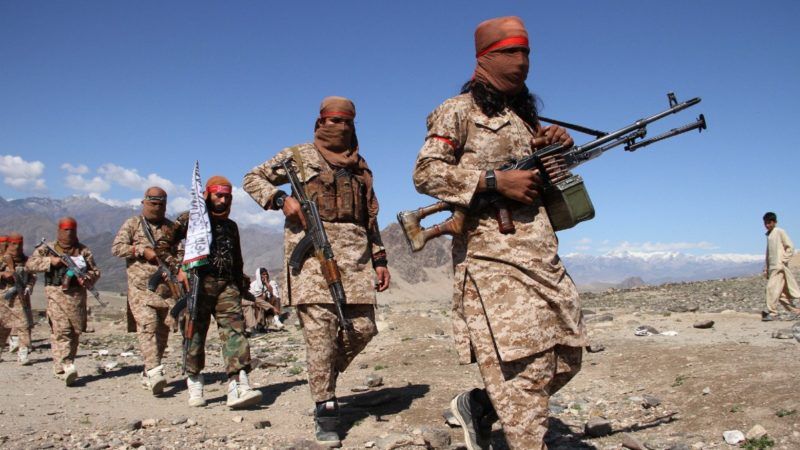 The U.S. just signed a peace deal with the Taliban that would see U.S. forces exit Afghanistan in 14 months. Yet less than 24 hours after the peace deal was signed, it's already unraveling after Afghan President Ashraf Ghani rejected the timeline agreed to by America and the Taliban to exchange nearly 5,000 Taliban prisoners for around 1,000 Afghan government captives.

To be blunt, the details of this deal are a distraction. For America, a withdrawal of U.S. forces from Afghanistan is more urgent than the success or failure of a deal between the Taliban and Kabul.

Just observe how many hawks in Washington are already calling for President Donald Trump to rethink his plans to withdraw from Afghanistan. "We got a chance to end this Afghanistan War smartly and well but we're gonna need a residual U.S. force, a counterterrorism presence for years to come because I don't trust the Taliban to police Al Qaeda and ISIS," said Sen. Lindsey Graham (R–S.C.), while championing never-ending U.S. presence in Afghanistan. Likewise, Susan Rice and John Bolton have both come out swinging against the deal—these arch-hawks may quibble over the details, but they agree on maintaining a U.S. military presence in Afghanistan.‬

For close to two decades, America's interests have demanded a military withdrawal from Afghanistan, peace deal or not. If this is a question of what the U.S. is getting in return for the nearly $2 trillion spent on the war, and around 2,500 American lives lost directly due to combat, the answer is completely depressing—after being in Afghanistan for 18 years, there's no end in sight to the conflict. Over the last 10 years, the situation on the ground has looked more and more like a stalemate that grinds on. Meanwhile the Taliban still controls the exact same amount of territory.

Even from a humanitarian angle, it is in America's interest to leave. Not all who America is helping in the fight against the Taliban are "good guys." There's a host of human rights abuses committed by Afghan warlords and security forces, including the bacha bazi abuse of young boys. Meanwhile, corruption is rife in Kabul.

America would be foolish to tie withdrawal to the success of a deal between Kabul and the Taliban. Neither side has American interests in mind and our allies in Kabul have an incentive to scuttle a deal if that means America continues to provide a security blanket to Afghan forces.

But what of Graham's contention, repeated elsewhere by establishment types, that America's chief mission in Afghanistan is keeping Al Qaeda and the Islamic State group out?

First off, notice how the mission evolved from beating the Taliban and engaging in nation-building in Afghanistan to now keeping Al Qaeda and IS out. But we aren't doing a good job at even that: Al Qaeda still operates on the border between Afghanistan and Pakistan. Sure, the Taliban continues to have a relationship with Al Qaeda, but America's presence in Afghanistan isn't changing that. Regrettably, our military presence may even be giving the Taliban and terror groups like Al Qaeda more reasons to work together.

Next, it isn't true that we need troops in Afghanistan to conduct anti-terrorism operations. Defense Secretary Mark Esper already stated that the U.S. "will not hesitate" to strike terrorist threats in Afghanistan if the Taliban falters in its promise to prevent Sunni terror groups from using Afghanistan as a base. If a legitimate terror threat to the U.S. arises in Afghanistan, there are tools at our disposal—whether by strike or by raid, America's reach is long and does not rely on a permanent ground presence in Afghanistan.

Peace deals can always fall apart. Instead of focusing on the details of the accord, policymakers should be thinking about America's interests—and how badly we've strayed from them. Whether the deal holds or not, this statement remains true: It's in America's best interest to withdraw from Afghanistan as soon as possible.

Willis L. Krumholz is a fellow at Defense Priorities. He holds JD and MBA degrees from the University of St. Thomas and works in the financial services industry.
Foreign Policy Afghanistan Taliban Interventionism