Coronavirus misinformation is spreading faster than the disease itself. 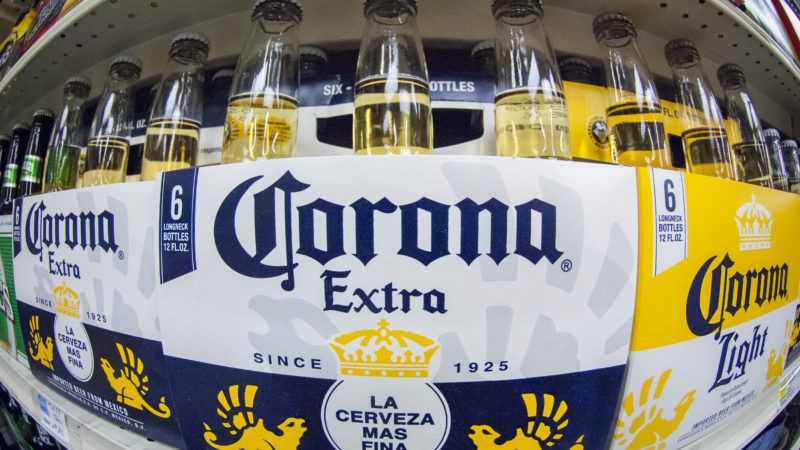 Misinformation about COVID-19, a type of coronavirus, is spreading almost as fast as the virus itself—and that's really saying something, considering that an estimated 80,000 people worldwide are now infected.

Here's a quick look at some of the fake news that's circulating like a worrisome sneeze on a crowded airliner.

No, the CDC's Budget Hasn't Been Cut

There is plenty to critique about the way the Trump administration has handled the outbreak so far (Mike Pence as virus czar? Really?), but this attack is inaccurate. Trump has proposed budget cuts for the CDC in each of his budgets since taking office, but Congress never approved those proposals. Trump's most recent budget plan calls for a 16 percent cut to the CDC, but that budget has yet to be approved by Congress. It's fair to say Trump has tried to defund the CDC, but it's inaccurate to say that he has succeeded—or that those fictitious cuts have affected the agency's ability to respond to COVID-19.

When Trump was asked about those budget cuts, and about his firing of some top CDC officials, at Wednesday's press briefing on the virus, he offered a pretty good defense. "I'm a businessperson. I don't like having thousands of people around when you don't need them," said Trump. "When we need them, we can get them back very quickly."

Indeed, that's a good way for the government to operate.

No, Corona Beer Is Not Responsible for the Virus (and Most People Know That)

It seems insane to have to point this out but, incredibly, some people seem incapable of distinguishing a deadly respiratory illness that emerged in China from the golden-hued Mexican beer of the same name.

Citing a consumer survey from 5W Public Relations, CNN reported on Friday that 38 percent of Americans wouldn't buy Corona "under any circumstances" because of the outbreak. Constellation Brands, the conglomerate that owns Corona, has seen its stock fall by more than 8 percent since the outbreak of the coronavirus.

But most Americans are smart enough to tell the difference. What the survey actually says is that only four percent of beer-drinkers wouldn't buy Corona because of the outbreak. The 38 percent figure reported by CNN is the number of people who say they wouldn't buy Corona for any reason.

The survey, it turns, out, does not say this!

What it says:
-38% of beer drinkers say they wouldn't buy Corona (for any reason at all, including, presumably…they prefer other beer)
-4% of people who usually drink Corona say they would stophttps://t.co/X4Wa6tLR3z https://t.co/r37un3LRSG

Still, pour one out for the poor marketing folks at Corona.

The Modelo employee who coerced the CDC into naming it the Coronavirus pic.twitter.com/fYDwQvy1Vn

No, Your Beard Isn't a Coronavirus Risk

C'mon, CNN. The network that's supposed to be "the most trusted name in news" also gets the blame for misleading readers into thinking they could fight the coronavirus with a razor. This chart, which CNN misleadingly said the CDC was publishing for "coronavirus safety" shows which types of facial hair can be fitted under respirator masks. Other outlets, including the New York Post, picked up the story as well.

Except that chart was created by the CDC as guidance for doctors participating in "No-Shave November," a prostate cancer awareness campaign. It was not a guide for preventing the spread of the coronavirus.

Don't shave because of the coronavirus. We talked to the CDC today and they said this graphic was for No Shave November, not the virus outbreak. pic.twitter.com/PTjLUBlRXo

No, There's Not a Shortage of Medical Equipment in the U.S.

Is there any problem the Trump administration doesn't believe can be solved with a centrally planned industrial policy? Probably, but the coronavirus isn't it.

Reuters reported on Friday afternoon that the Trump administration "is considering invoking special powers through a law called the Defense Production Act to rapidly expand domestic manufacturing of protective masks and clothing to combat the coronavirus." The law was originally passed in 1950 to ensure the U.S. could requisition necessary supplies.

The White House is reportedly considering this action because of fears that Chinese supply chains for protective masks and other medical equipment could be disrupted by the coronavirus' spread. "Very little of this stuff is apparently made in the [United] States, so if we're down to domestic capability to produce, it could get tough," one unnamed official told Reuters.

But the Food and Drug Administration (FDA) says there is little evidence to suggest that those fears will come true.

"We are aware of 63 manufacturers which represent 72 facilities in China that produce essential medical devices; we have contacted all of them," the agency said in a statement on Friday. "While the FDA continues to assess whether manufacturing disruptions will affect overall market availability of these products, there are currently no reported shortages for these types of medical devices within the U.S. market."

When it comes to protective equipment like surgical gowns, gloves, masks, and respirators, the FDA protective devices, or other medical equipment designed to protect the wearer from injury or the spread of infection or illness—the FDA says it is "currently not aware of specific widespread shortages of medical devices."

Circumstances could change, of course, but there does not seem to be any need for aggressive government action that will centralize more control in the hands of Washington bureaucrats. Even if only intended as a temporary measure, such things rarely disappear when crises pass.

And even if circumstances do change, it's unlikely that your Corona beer will get you sick. Well, at least not this type of sick.