The Midwestern moderate isn't alone is fretting about the radicalism of the current Democratic front-runner. 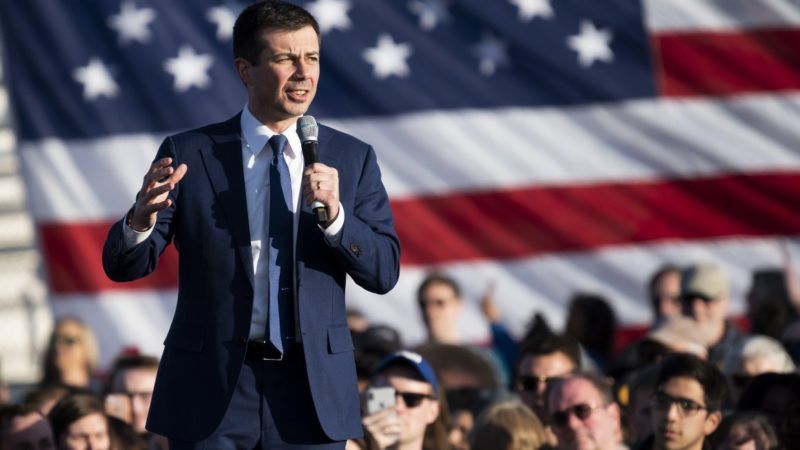 Pete Buttigieg is making it clear he wants to be the choice for Democrats who aren't happy with Bernie Sanders' open embrace of socialism and his defenses of Cuba under strongman authoritarian Fidel Castro.

Sanders is officially the front-runner now, and former comments showing support for authoritarian communist and socialist governments are being dredged up again. During a 60 Minutes appearance on Sunday, Sanders defended previous comments he had made back in the 1980s in support of Castro's regime. Sanders said that while he's opposed to the authoritarian parts of Castro's Cuba, he nevertheless wanted to point out that Castro "had a massive literacy program. Is that a bad thing?"

Well, literacy is indeed a good thing, but it's also particularly important when you need to feed your population a diet of political propaganda, as Castro did. In any event, Sanders' insistence on trying to find good things to say about communist Cuba is not unlike President Donald Trump praising President Rodrigo Duterte of the Philippines or the Chinese government for ruthlessly executing people trying to fight the drug war.

Buttigieg is taking Sanders' comments and trying to carve out that space, comparing Sanders' defenses of authoritarians with Trump's. On Monday, Buttigieg tweeted out "After four years of looking on in horror as Trump cozied up to dictators, we need a president who will be extremely clear in standing against regimes that violate human rights abroad. We can't risk nominating someone who doesn't recognize this."

In a CNN town hall interview last night, he made his position even more clear. He thinks Sanders' defenses of Castro will be a liability come November:

Chip in if you don't want to have to defend Fidel Castro: https://t.co/z7y6XszX97 pic.twitter.com/qyu29IrSYM

Former New York Mayor Mike Bloomberg also struck out at Sanders' comments but given his awful numbers after his horrible debate performance last week, it's not clear that Bloomberg's massive spending blitz is working for him as of yet. He's not on South Carolina's primary ballot on Saturday, so we'll have to see what happens next week on Super Tuesday (March 3) when people will actually get the chance to vote for him.

There's another debate tonight, and given that Sanders is coming off of the caucuses in Nevada with a strong win and Buttigieg is looking for better numbers in the South, expect some fireworks. Buttigieg did also just land the endorsement of Columbia, South Carolina, daily newspaper The State, partly because Sanders declined to sit down with them for an interview. To the extent that anybody cares about newspaper endorsements, this is probably more of a hit to former Vice President Joe Biden than Sanders. Biden is really hoping votes in Southern states keep him in the race.

But assuming Biden's campaign continues to collapse, Buttigieg is doing the work to position himself as the more moderate Democratic alternative to Sanders.