Bloomberg Disses Sanders' Socialism: 'Other Countries Tried That. It Was Called Communism and It Just Didn't Work.'

Bloomberg says "We're not going to throw out capitalism"; Sanders isn't so sure. 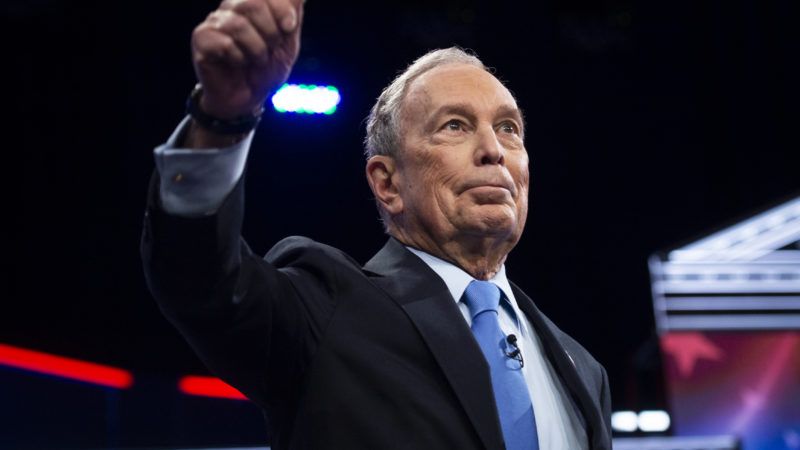 Former New York City Mayor Michael Bloomberg had a rough debate tonight. It was made no easier by his defense of capitalism, which prompted audible boos from the audience and sharp rebukes from his more left-leaning opposition.

"It's ridiculous," said Bloomberg, criticizing Sen. Bernie Sanders' (I–Vt.) plan to require companies to give up to 20 percent of their stock to employees, who would also elect 45 percent of these companies' boards. "We're not going to throw out capitalism. We tried that. Other countries tried that. It was called communism and it just didn't work."

That last line prompted jeers and boos from the audience.

"We are in many ways we are living in a socialist society—socialism for the very rich, rugged individualism for the very poor," Sanders continued, listing subsidies for luxury condos and health benefits paid to Wal-Mart workers as examples of government favoritism for the rich.

It only got more personal from there, with Bloomberg saying that the country's "best-known socialist" (a reference to Sanders) "is a millionaire with three houses" before pivoting to advocating higher taxes on the wealthy himself.

The moment encapsulated a debate that was high on animosity toward billionaires and capitalism in general, and toward Bloomberg in particular.

Bonus video: Sanders' espousal of democratic socialism comes after a long history of hard-left activism, including praise for communist dictators: