Legislators who approved a bunch of other gun control bills could not agree on what features make a firearm intolerable. 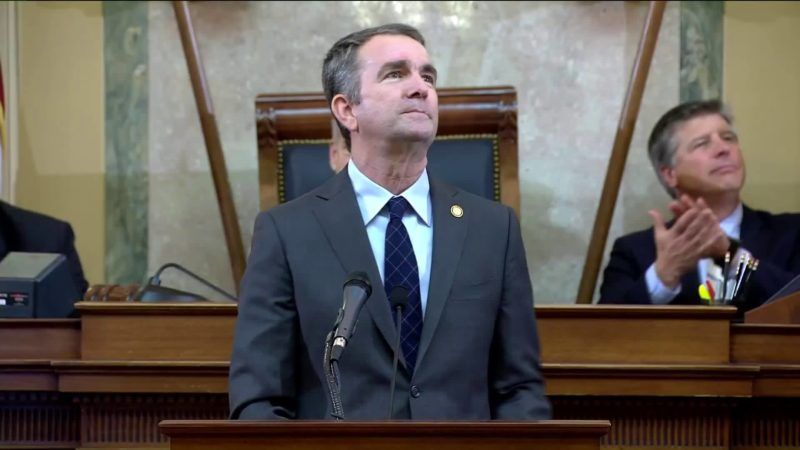 Democrats in Virginia, after taking control of the state legislature last year, are delivering on their promise of new gun control laws. So far they have approved bills that will require background checks for all firearm transfers, limit handgun purchases to one per month, allow local governments to ban firearms on public property, and authorize court orders that suspend the Second Amendment rights of people who are deemed a threat to themselves or others. But a proposed "assault firearm" ban supported by Gov. Ralph Northam (D), which was blocked by a state Senate committee yesterday, proved to be a step too far, at least for now.

Such bans, which cover an arbitrarily defined category of firearms that supposedly are good for nothing but mass murder, are substantially less popular than other frequently proposed gun controls. Last year, Gallup found that 92 percent of Americans favored "requiring background checks for all gun sales," for instance, while only 47 percent thought it should be "illegal to manufacture, sell or possess semi-automatic guns known as assault rifles."

There are sound reasons to be skeptical of "assault weapon" bans, starting with the observation that the firearms they cover include some of the most popular rifles sold in the United States. Those guns are rarely used in crimes and, when they are, could easily be replaced by equally lethal alternatives. Then there is the far from trivial problem that no one knows what "assault weapons" are until legislators settle on a definition, a task that calls into question the entire enterprise.

The New York Times notes that Virginia legislators "failed to arrive at a consensus definition of what constitutes an assault weapon despite weeks of negotiations." R. Creigh Deeds, one of four Democrats on the Senate Judiciary Committee who voted against the bill, said there were "a lot of questions" about which guns should be banned.

Under the original version of the bill, which would have criminalized possession as well as importation, manufacture, and sale, "assault firearms" included semi-automatic rifles that accept detachable magazines and have one or more of 12 features—or "any characteristic of like kind," whatever that means. The forbidden features included folding or telescoping stocks, pistol grips, bayonet mounts, grenade launchers, silencers, flash suppressors, muzzle brakes, and threaded barrels. The final version of the bill, which was narrowly approved by the Virginia House of Delegates last week, eliminated the ban on possession and reduced the list of specific characteristics to 10, ditching silencers and bayonet mounts.

Allowing current owners of "assault firearms" to keep their property was politically prudent, since laws that require people to turn in their guns are highly controversial and widely flouted. At the same time, grandfathering the "assault firearms" that Virginians already own demolishes any claim by the bill's backers that they are eliminating guns they assert have no legitimate uses.

Striking bayonet mounts and silencers from the list of forbidden features also made sense, since bayonet attacks do not loom large in violent crime and banning rifles with silencers seems redundant once you have already decreed that people may not buy rifles with "a threaded barrel capable of accepting…a silencer." But those edits also call attention to the remaining features, which allegedly transform a legal rifle into a weapon that is suitable only for mass shootings.

When you replace a rifle's fixed stock with one that can be folded or adjusted for shooters of different sizes, you have not made the gun any more deadly. A grenade launcher may sound scarier, but it is of little use without grenades, which are strictly regulated under federal law. The other supposedly intolerable features likewise have more to do with a gun's appearance than its effectiveness in the hands of a mass shooter. They certainly do not distinguish "evil" guns used by murderers from "good" guns used by law-abiding people for legitimate sporting, hunting, and self-defense purposes.

Lest you think Virginia's gun controllers are ready to abandon that vain quest, Gov. Northam plans to try again. "We will be back next year," his spokeswoman promised.

[This post has been revised to clarify the legal status of grenades.]