Two non-profit groups argued that developers had been improperly awarded a building permit for a 112-unit condo building on Manhattan's Upper West Side. 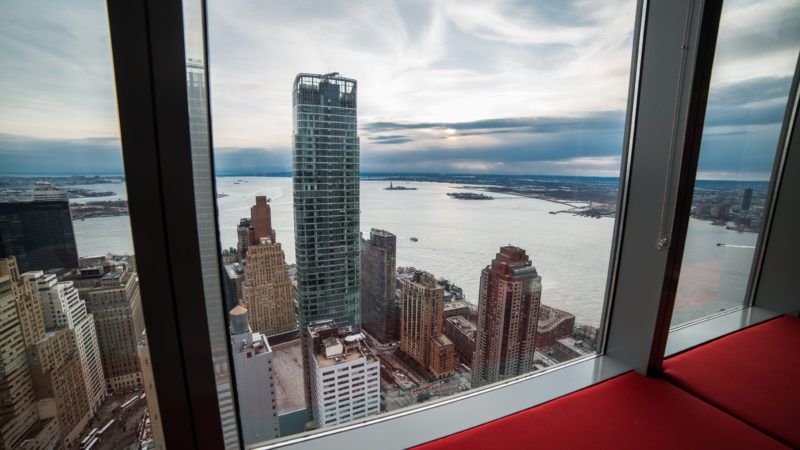 NIMBY ("not in my backyard") activists often stop housing from being built. Anti-development groups in New York City might achieve the rare feat of tearing down already existing housing.

Last Thursday, New York Supreme Court Justice W. Franc Perry ruled that up to 20 floors would have to be removed from a nearly complete 112-unit condo building in Manhattan.

The ruling came in response to a lawsuit brought by two community groups who accused the developers of the tower at 200 Amsterdam Avenue of abusing city zoning laws to construct a building that was horribly out of scale with the surrounding neighborhood.

"We hope this decision will be a signal to the development industry that the days of flouting the zoning code in search of greater heights and bigger profits is over," said Olive Freud, president of the Committee for Environmentally Sound Development (CFESD), one of the community groups that brought the suit, in a press release.

"The directive to partially demolish the building is appropriate given the willingness of the developer to ignore every sign that their project was inappropriately scaled for the neighborhood," said Elizabeth Goldstein, president of the Municipal Art Society, another plaintiff.

In April 2018, the two groups sued the developers of the project—a joint venture by SJP Properties and Mitsui Fudosan America—arguing that they had inappropriately assembled partial lots of land in order to get the rights to construct a larger building.

According to the complaint from CFESD and the Art Society, the developers patched together a string of tenuously connected parcels of land in order to get enough open space to enable them to build their project.

The size of the new building, they argued in their lawsuit, "would fundamentally transform the character of this historic neighborhood, casting long shadows over the streets and nearby buildings, and further crowding sidewalks that are less navigable every year."

In 2017, the city's Department of Buildings issued the developers a permit for a 55-story building. CFESD and the Art Society appealed that permit to the Board of Standards and Appeals, which twice affirmed that the Amsterdam Avenue project was legal.

Thursday's decision thus came as a shock to the developers, who hadn't paused construction during the legal challenge, and who've already been marketing units that may now have to be dismantled, according to The New York Times.

A lawyer for the developers told the Times that they would be appealing the decision.

New York City, like many growing coastal metros, has been adding lots of jobs post-recession, but not enough new housing units to accommodate all these workers. The result is rising rents and home prices for those who can still afford to live in the city, and longer commutes for those who can't.

Building new housing is necessary to ensure that New York can continue to be a dynamic city where employers and workers can afford to locate. That includes pricey, luxury developments like the Amsterdam Avenue project. New research suggests that higher-end units take the pressure off housing at the lower ends of the market, making housing more affordable for everyone.

By actively seeking to destroy existing housing, groups like CFESD and the Art Society are making the city a less affordable, less dynamic place.