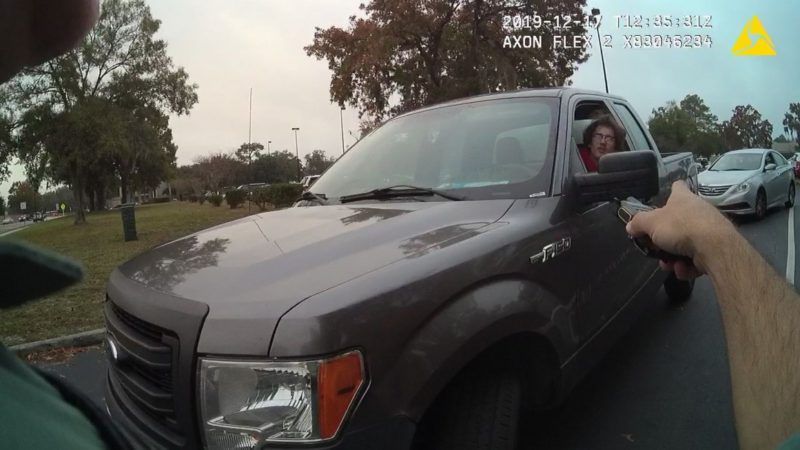 Nedra Miller said she let officials at Florida's River Ridge High School know weeks earlier that her son would not be at school one day because of an appointment with an orthodontist. Her son, William, made the mistake of dropping a friend off at school that day. And when William tried to leave, a Pasco County Sheriff's Office deputy and Cindy Bond, a school discipline assistant, tried to block him as he drove away. The confrontation was caught on the deputy's body camera. "You're gonna get shot you come another f—ing foot closer to me," the deputy said as the boy tried to drive around them. "You run into me, you'll get f—ing shot." William wasn't shot, but he was suspended and later expelled from school. The sheriff's office is refusing to identify the deputy, saying they can't release his name while the incident is under investigation. It did confirm he's still working at the school.