When ritual is more important than reuse 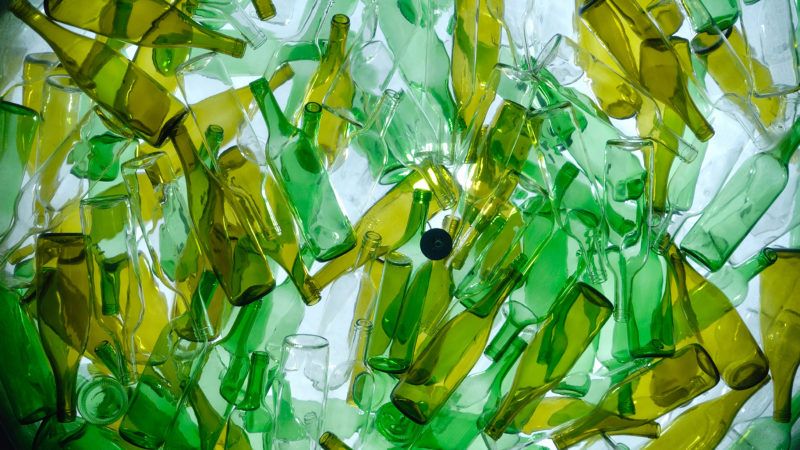 Baltimore County residents' have had their perceptions about where their glass ends up shattered.

Over the weekend, news broke that the county—which does not include the City of Baltimore—has not been recycling the glass it's been collecting as part of its recycling program. For the past seven years, the jars and bottles that residents dutifully placed in their blue bins have been being junked instead.

"There are numerous issues with glass recycling, including increased presence of shredded paper in recycling streams which contaminates materials and is difficult to separate from broken glass fragments, in addition to other limitations on providing quality material," county spokesperson Sean Naron told The Baltimore Sun.

Glass recycling reportedly stopped in 2013, the same year the county opened a $23 million single-stream recycling facility, according to the Sun article.

Single-stream recycling refers to the practice of letting people put all their recyclables into one bin, then sorting it at material processing facilities, rather than have people sort their papers, plastics, and glass into separate containers at the curb.

Baltimore County had adopted single-streaming for all homes by October 2010, part of a growing trend among municipalities trying to boost recycling rates. The thinking was that if you make recycling easier, more people will do it.

A study from the American Forest & Paper Association found the percent of the population covered by a single-stream recycling service that included glass grew from 22 percent in 2005 to 73 percent in 2014.

The trouble with single-streaming is that placing everything in the same bin increases the chances of contamination. Non-compatible materials get mixed together or coated with food waste. So a good deal of the glass isn't pure enough to ground down and be shipped to glass manufacturers.

Chemical & Engineering News notes that only 40 percent of glass collected by single-stream recycling services ends up being recycled into new products, compared to 90 percent of glass in multi-stream collection systems.

The same article notes that the cost of transporting heavy glass from recycling centers to glass manufacturers is often prohibitively high, meaning it's often more economical to just make glass out of new materials.

Regardless of the material in question, the American recycling industry has been going through a crisis over the last several years. Rising rates of contamination and the effective closure of a major export market in China, which stopped accepting most American plastic, have left material processing facilities with no willing buyers. Many of the recyclables that are collected therefore end up in landfills or incinerators.

And that's what's been happening to Baltimore County's glass. Yet county officials are wary about telling people to stop recycling the stuff, according to the Sun. People, they fear, will fall out of the recycling habit. Ritual is apparently more important than actual reuse.