Vladimir Putin Is Not Reforming the State. He's Taking Power for Himself.

Putin has every intention of staying in charge. 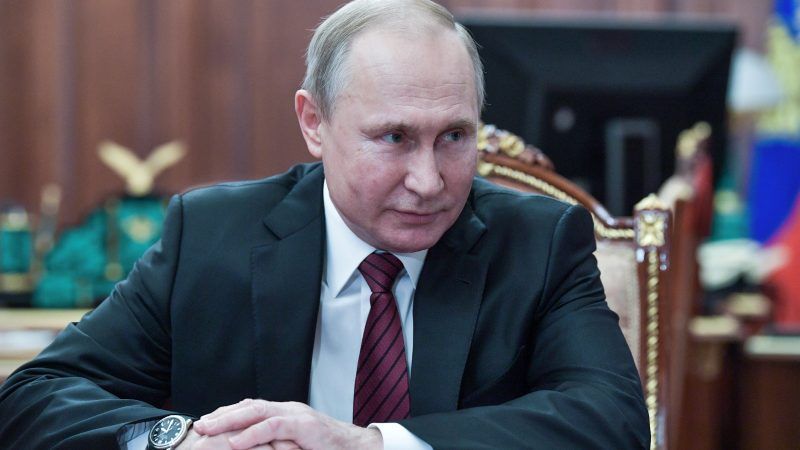 Russian Prime Minister Dmitry Medvedev and his entire cabinet resigned last week in the wake of what The New York Times' Andrew Higgins calls "sweeping constitutional changes." This is the first major alteration of Russia's constitution since the 1990s, and it would effectively secure President Vladimir Putin's control of the state.

At a glance, it's clear that Putin's intention is to stay in power after 2024, the year he's constitutionally required to step down after two consecutive terms. But his changes also indicate a methodical plan to conserve power in the executive branch, which sets a dangerous international precedent.

In his address to the Federal Assembly, Russia's national legislature, Putin proposed to move some key powers from the executive branch to the Duma, Russia's parliament, and the State Council, an advisory body that handles issues deemed of the highest importance to the state. The most significant constitutional changes would allow the Duma to appoint members to the prime minister's cabinet and allow the State Council to oversee the appointment of the heads of Russia's security agencies.

In addition to giving the State Council constitutional status, Putin also intends to limit the supremacy of international law.  The amendments would ban foreign citizenship and foreign residency permits for judicial and legislative officials and require presidential candidates to have had permanent residence in Russia for at least 25 years.

"Is this a coup? Absolutely," says Elena Lukyanova, law professor at Russia's Higher School of Economics. She adds that the amendments would allow the Russian government to refuse to fulfill its obligations under international treaties.

But why has Putin taken a more subtle approach to maintaining his autocracy as opposed to simply removing term limits from Russia's constitution? Maria Snegovaya, post-doctoral fellow at John Hopkins University School of Advanced International Studies, compares Putin's transfer of power to that of Nursultan Nazarbayev, Kazakhstan's president, in 2019. Nazarbayev had distributed some elements of presidential authority to the Kazakh Senate and Security Council. Nazarbayev then put his daughter in charge of one body and himself in charge of the other.

"Putin's goal is to avoid concentrating too much power under a singular institution outside of his control, lest it diminish his authority or even threaten his rule," Snegovaya writes.

Putin's last constitutional conjuring trick, which saw him return to the presidency in 2012 after a farcical four-year handover to Dmitry Medvedev, sparked mass protests in Moscow that left the regime rattled. With his approval rating currently in the doldrums, Putin knows he must tread carefully as he seeks to extend his reign beyond 2024. Much will now depend on the public reaction to Putin's plans. Large-scale protests are unlikely but cannot be ruled out as Russians face up to the reality of a stagnating economy and the prospect of Putin in power for another generation.

Putin's actions should alarm the international community. They pose a grave threat to the rule of law.