Iran's Theocracy Will Collapse Because of People Like Kimia Alizadeh

The nation's only female Olympic medalist says she has permanently left the Islamic Republic due to the oppression of women. 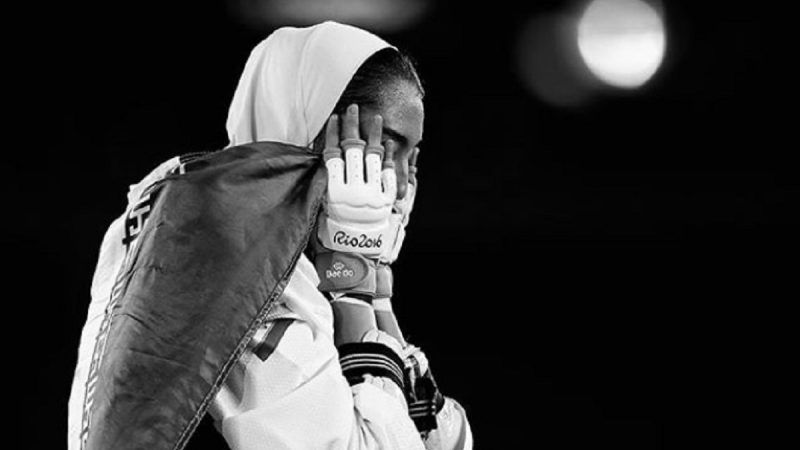 The killing of Iranian Gen. Qassem Soleimani by the United States military will understandably dominate headlines for weeks if not months to come.

But the actual demise of the authoritarian regime that's been in power since 1979 will come more from acts like the one taken by Kimia Alizadeh, Iran's only female Olympic medalist. Late last week, the bronze medalist in Taekwondo in the 2016 Summer Games announced via Instagram that she has fled her home country due to the systematic oppression of women. Via CNN:

"Let me start with a greeting, a farewell or condolences," the 21-year-old wrote in an Instagram post explaining why she was defecting. "I am one of the millions of oppressed women in Iran who they have been playing with for years."…

"They took me wherever they wanted. I wore whatever they said. Every sentence they ordered me to say, I repeated. Whenever they saw fit, they exploited me," she wrote, adding that credit for her success always went to those in charge.

"I wasn't important to them. None of us mattered to them, we were tools," Alizadeh added, explaining that while the regime celebrated her medals, it criticized the sport she had chosen: "The virtue of a woman is not to stretch her legs!"

On the heels of Alizadeh's self-imposed exile comes reports that two anchors for Iranian state broadcaster IRIB have quit over qualms about censorship and official lies. From The Guardian:

Zahra Khatami quit her role at IRIB, saying: "Thank you for accepting me as anchor until today. I will never get back to TV. Forgive me."

Her fellow anchor Saba Rad said: "Thank you for your support in all years of my career. I announce that after 21 years working in radio and tv, I cannot continue my work in the media. I cannot."

The journalists' statements are part of a crisis of confidence following the initial attempts by state officials to deny that Ukrainian jetliner 752 had been shot down by mistake by members of the Islamic Revolutionary Guards Corp (IRGC) air defence force.

A third broadcaster, Gelare Jabbari, said she quit "some time ago" and asked Iranians to "forgive me for the 13 years I told you lies."

This is all happening against the backdrop of massive protests in Iran following the accidental shooting down of a Ukrainian airliner that carried 176 people. Demonstrators protested rising gas prices late last year and in the years prior, there have been other protests and general strikes for a host of reasons, including increased dissatisfaction with theocratic rule. According to a Carnegie Endowment report, 150,000 educated Iranians emigrate each year, "costing the country over $150 billion per year" as relatively young and motivated residents leave for greener pastures elsewhere.

By all accounts, sanctions imposed by the United States in 2018 have hit Iran's economy extremely hard and are playing a role in sparking protests. It's never fully clear how those sorts of intervention, much less more militaristic actions such as the killing of Soleimani, play out—sometimes overt pressure applied by an outside power emboldens dissent and sometimes it decreases it. But when a country starts to get hollowed out from within, as seems to be the case with Alizadeh's exile and other recent and ongoing domestic developments, autocrats should start sweating.