So long, and thanks for all the memes. 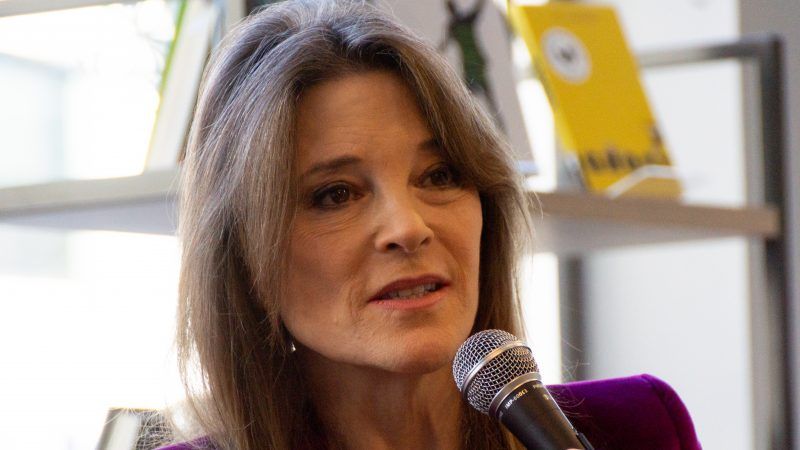 The most interesting thing about Marianne Williamson's presidential campaign may be that it did about as well as you'd ordinarily expect a Marianne Williamson campaign to do. The self-help writer and spiritual leader, who suspended her New Age quest for the Democratic nomination on Friday, made a splash in the press and the meme factories by sounding so different from the other candidates. But her poll numbers never climbed above the low single digits, and now she has withdrawn before the voting begins. Apparently, the Oprah constituency isn't enough to win a major party's presidential nod this year. Maybe Oprah herself could do it, but not a mere Oprah guest.

That should not be surprising. Major political parties do not usually hand their national tickets to celebrity candidates who don't have any elected experience. But one of them did just that last time around, and the guy they picked then got elected president. And that experience has thrust some traumatized analysts into a state of epistemic nihilism, as though they can't entirely rule out the possibility that the Democrats will nominate an AI and the Republicans will nominate Bernie Sanders.

They can relax. We're just few weeks from the Iowa caucuses now, and the two leading contenders for the Democratic nomination are exactly what standard political wisdom would lead you to expect: (a) the guy who was vice president the last time the party held the White House, and (b) the guy who finished second in the last nomination contest. And the candidate with the best shot at coming from behind to beat them is a well-known senator who's spent years building a constituency.

Granted, one of those two frontrunners is a self-proclaimed socialist who isn't technically a member of the party; and yes, there's also a boy mayor from the Midwest in the mix. But that's not very far beyond the standard levels of political weirdness. It certainly isn't as strange as a Marianne Williamson presidency. That'll have to wait another four years.