The proposal is parodying, not endorsing, the nanny state. 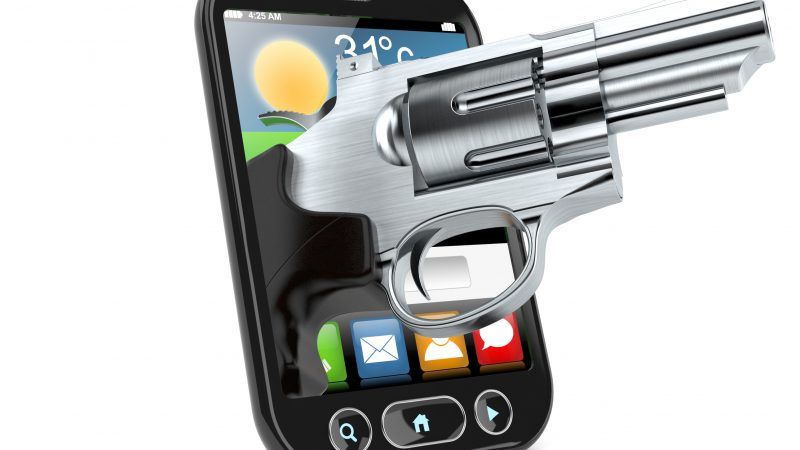 A Vermont legislator has introduced a bill that would ban anyone under 21 from using a cellphone. Under the legislation introduced by Sen. John Rodgers (D–Essex-Orleans), 20-year-olds caught talking, texting, or TikToking could be imprisoned for up to a year and face $1,000 in fines.

If that sounds ridiculous, it's because it's supposed to be. Judging from Rodgers' comments to the Barre Montpelier Times Argus, the pro–Second Amendment Democrat is trying to troll his gun-grabbing colleagues.

"I have no delusions that it's going to pass. I wouldn't probably vote for it myself," Rodgers told the Times Argus. He added that the Vermont legislature "seems bent on taking away our Second Amendment rights."

The text of Rodgers' bill says that "young people frequently use cell phones to bully and threaten other young people, activities that have been linked to many suicides." The bill also notes that cell phones have been used to radicalize youth and that mass shooters have used them to research previous mass shootings.

In May 2019, Vermont Gov. Phil Scott, a Republican, signed a bill raising the state's smoking age to 21. In April of the previous year, Scott signed legislation that raised the minimum age required to buy a gun to 21.

In light of all that, Rodgers is clearly trying to push back against the creeping infantilization of America's young adults. That's an important message. Whether a piece of troll legislation is the best medium for that message is another question.

Generally, I think lawmakers should pass on introducing purely symbolic bills. A more constructive approach would be for him to introduce legislation that actually repeals the restrictions he finds offensive.