Illinois Spent the Last Decade Losing Population and Learning Nothing

Our most troubled state enters 2020 having lost residents for six years in a row. 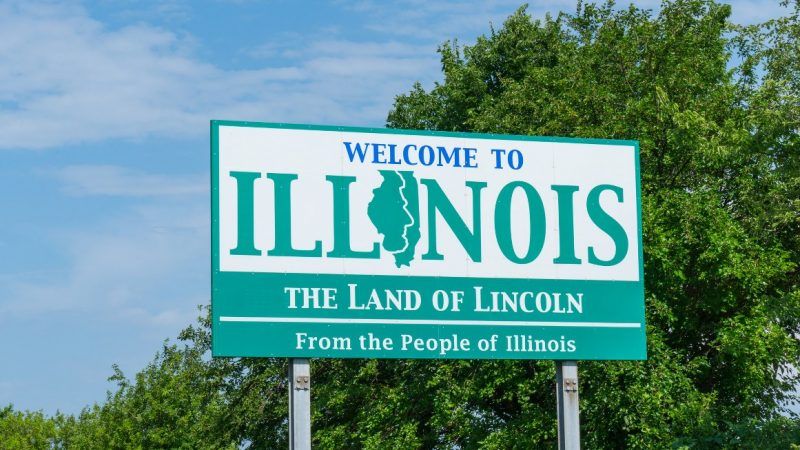 The 2010s will likely end up being a lost decade for Illinois. I mean that literally: According to U.S. census data, the state has lost population for six years in a row.

The Chicago Tribune reports that the state has lost 1.2 percent of its population—159,700 people—over the course of the decade. (In 2019, its population declined by about 51,250, a drop of .4 percent.) Illinois lost more residents in the 2010s than any other state, though West Virginia lost a larger share of its residents.

In the process, Illinois slipped from being the fifth-largest state to the sixth, with Pennsylvania overtaking it in 2017. It is likely to lose at least one congressional seat after the next census.

It's easy to lay the blame for this on Chicago's dangerous reputation, but for the past three years violent crime has been on the decline in the Windy City. Violent crime levels there are back down to where they were in 2015. From 2018 to 2019 the city saw a 10 percent drop in overall crime. And Chicago at a 20-year low in robberies, burglaries, and carjackings.

But the state's finances and debt are a disaster area. The state spends 25 percent of its revenues on pensions, and several cities (including Chicago) want pension bailouts. That, of course, would just shift the burdens of these cities' problems statewide. (Chicago is the biggest offender here, with about $42 billion in pension debt across its various public employee funds.) Taxes are already incredibly high in Illinois, and they keep going up further—the state imposed or increased 20 taxes in 2019, from a gas tax hike to a new levy on now-legal cannabis sales.

Democratic Gov. J.B. Pritzker, who hopes to replace the state's flat tax with a progressive tax, hilariously tried to insist that things are nevertheless getting better in the state, providing this statement to the Chicago Tribune:

Illinois' unemployment rate is at a historic low and we are continuing to create jobs in every region of the state. Illinois is back and the Pritzker administration is proving that when you build relationships, work together and focus on solutions you can create positive change.

And if they're hoping marijuana tax revenues will make up for the massive budget holes, Illinois is in for a major disappointment. Tax demands for legal marijuana providers in Illinois are extremely high, and pot prices will likely be double those of nearby Michigan (which has also launched legal recreational sales). Illinois' weed taxes aren't quite as high as the ones in California, but it's still notable that the Golden State's high taxes mean the state is bringing in less than a third of its projected tax revenues from legal sales. Indeed, in California around 80 percent of all marijuana sales are still on the black market.

The Illinois authorities are predicting $57 million in tax revenue for the first six months of marijuana sales, and they expect to get $500 million annually within five years. That's probably not a reasonable expectation, given what's happening in California. And in any event, that much revenue is just a drop in the bucket of the state's estimated $137 billion in pension obligations.

Illinois spent much of 2010 serving as a warning that states cannot tax themselves into prosperity and cannot thrive by using so much of their budget to line the pockets of government employees. Will this be the decade that the state learns its own lessons?