Many ideological extremes are responsible for anti-Jewish attacks. 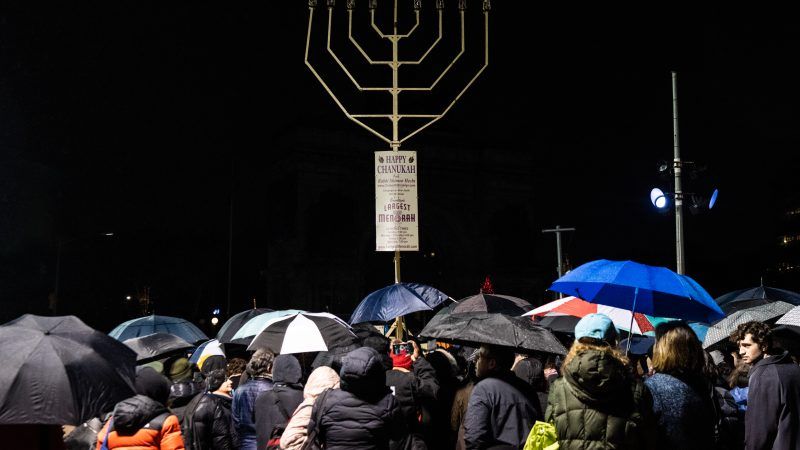 The Jewish community of New York City is reeling after a string of alleged hate crimes, including vandalism targeting Jewish institutions and a horrific Saturday night attack on a rabbi's home in the suburb of Monsey that left several people seriously wounded.

The alleged assailant, Grafton Thomas, entered the rabbi's home shortly after 10:00 p.m. during the seventh night of Hannukkah and began slashing people with a longsword.

Thomas's motivations are unknown, and friends report that he is mentally ill. But he is an African American man, which means that he probably wasn't motivated by white supremacy, a connection to the alt-right, or a fondness for the rhetoric of President Donald Trump—all of which are often posited as explanations for a purported spike in anti-Semitism in recent years.

Last May, when I testified before the U.S. House of Representatives' Subcommittee on Civil Rights and Civil Liberties about a supposed rise in white nationalism and hate crimes, I cautioned against hyperbolic interpretations of the data that would cause policymakers to be overly fearful. Indeed, the perpetrators of these attacks often do not fit the profile of the kind of MAGA-worshipping alt-right terrorist that the House subcommittee hearing was so worried about, particularly in New York City, where so many of the recent incidents have taken place. "The overwhelming majority of the alleged perpetrators in New York are either black or Hispanic, and casting anti-Semitism as an issue pitting Jews against various other minority groups threatens to re-agitate problems that many in the Jewish and surrounding communities hope no longer exist," wrote Tablet's Armin Rose in a July piece about anti-Semitism in New York City.

Though far-right anti-Semitism is the most familiar type for a media obsessed with finding the anti-Trump angle to every news story, there is indeed plenty of contempt for Jewish people on all ideological and racial-identity-based extremes. Campus leftism is sometimes tinged with anti-Semitism, and progressive activists have often associated with known anti-Semites. The Jersey City shooters had a connection to the Black Hebrew Israelites, a black nationalist cult best known for precipitating the Covington incident.

This is not to say that Thomas, by virtue of being black, is a likely member of the group or an activist for a leftist or black nationalist cause. In fact, it would be unsurprising if he had no broader motivation. Murder is usually non-ideological: Just a tiny number of killings each year can be credibly connected to a political agenda.

"There is little evidence that these attacks are ideologically motivated, at least in terms of the ideologies of hate we are most familiar with," wrote Batya Ungar-Sargon in Forward.

The left shouldn't ignore anti-Semitism when its perpetrators are inconvenient targets who contradict the progressive doctrine of intersectionality—a doctrine that grants sainthood to the marginalized while glossing over very real infighting among different historically oppressed groups. The same goes for the right, which often turns a blind eye to anti-Semitism among its own ranks.

And everybody should make sure that they aren't succumbing to unfounded panic in general. It's right to be very concerned, and very angry, about attacks and intimidation directed at Jewish people, but we should also demand more reporting—and more accurate reporting—about the scale of the problem. Nationally, it's not clear that anti-Semitic violence is rising dramatically, since tallies often include anti-Semitic taunts, schoolyard bullying, and online writings. And while anti-Semitic incidents have increased in New York City by 53 percent—from 111 incidents to 170—from 2018 to 2019, according to the NYPD, the overwhelming majority of anti-Semitic incidents are classified by police as "criminal mischief," which typically means vandalism and graffiti. Just 13 percent of incidents involved violence.