Each chapter profiles those who live on the edge of maritime laws, in the gray areas that are so often unenforceable by land governments. 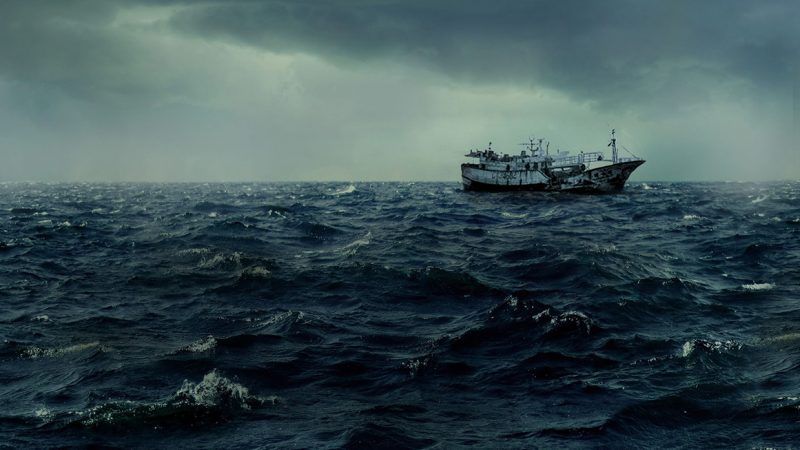 Measured by sheer area, Urbina may have the biggest beat of any reporter on Earth. His central concern is how the ocean's vastness creates fluid borders, legal gray areas, and indifference from land-based governments that ostensibly enforce maritime laws.

Each chapter profiles people living on the edge of these laws, including vigilante ecowarriors, the micronation of Sealand, a maritime repo man who "recovers" giant ships from ports in the dead of night, and an abortion provider who shuttles women in restrictive countries to international waters.

Despite some of the picaresque characters you'd expect, it's far from a romantic view of the ocean. Urbina uncovers corruption, physical abuse, and literal slavery in the global fishing and shipping chains. He's a dogged investigator, and it's fascinating to watch him peel back the story of how, say, a fishing vessel flagged to a West African country, skippered by a Costa Rican captain, owned by shell companies connected to Spanish organized crime, and crewed by trafficked Malaysians can offload to a U.S. port an illegal catch of Antarctic toothfish, which eventually appears on menus as "Chilean sea bass."

Urbina avoids casting most of his subjects as heroes or villains. Things at sea are never that clear. As a Vietnamese fisherman detained by the Indonesian coast guard for poaching in disputed waters half-jokingly notes, the fish were on his side of the imaginary line when he started chasing them. The Outlaw Ocean is a must-read for anyone interested in lawless zones, ocean issues, or just compelling investigative journalism.