"I'm retiring earlier than I had planned because I just can't be a part of this any longer." 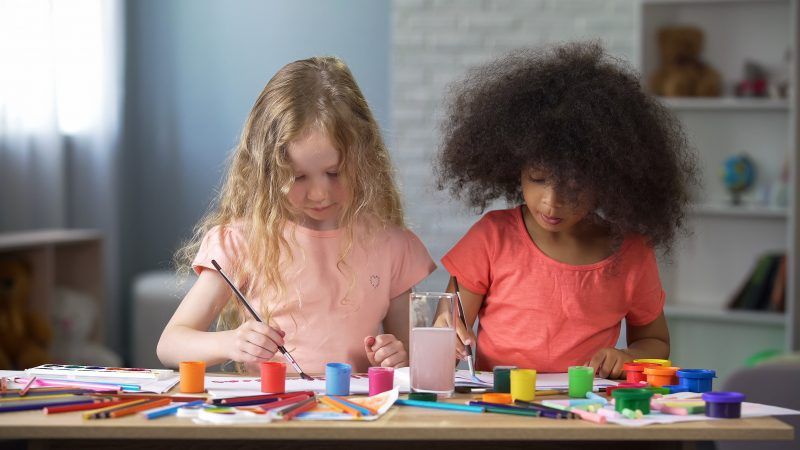 Increased academic pressure and testing in kindergarten is bringing everyone to tears—including the teachers.

When Dr. Peter Gray wrote a piece for his Psychology Today blog about kindergarten teachers in Brookline, Massachusetts, protesting dwindling recess time and mandated 90-minute reading and writing blocks, he received a virtual cubby full of comments from kindergarten teachers across the country at just about the end of their jump rope.

"I had to retire in 2017 because I could not take the pressure of having to force my 5- and 6-year-old students to sit with books…no talking allowed," wrote one. "I taught for 18 years and in the last three years…I heard students cry, talk about how they didn't understand, say they hated reading time."

Gray is a professor of psychology at Boston College and a co-founder, along with me, of Let Grow, a nonprofit promoting childhood independence. He writes often about how kids need to play—that this is how they learn how to get along, be creative, make things happen, and grow up. Playtime isn't wasted time: It's intensely educational, just not in a standardized test kind of way. When administrators replace play with academics, the gains are short-lived, but the damage is not.

The teachers writing Gray were in heated agreement—and despair. He curated about a dozen comments, which could almost be used to illustrate Elizabeth Kubler-Ross's five stages of grief.

"I have taught kindergarten for nearly 40 years," wrote one. "Common Core expectations for kindergarten seem to have trickled down from the top, and the people who wrote it thought that they could legislate quicker child development."

Another teacher wrote that she was appalled to hear these words coming out of her own mouth: "'We do NOT play in kindergarten. Do not do that again!' (to a student building a very cool 3D scorpion with the math blocks instead of completing his assigned task to practice addition.)"

Despite the requirements and testing, "I foolishly thought I could sneak art and play in, but I was wrong," wrote another disillusioned educator. "The Curriculum Cops showed up in the class I was doing my student teaching in, and that was the beginning of the end for me. Now I just sub and sneak in fun for the kids whenever I can."

The problem is that kindergarten has been dumbed up to first grade. That is, the kids are being taught a curriculum once reserved for older kids. This isn't making them smarter. It's just making them more miserable. You too would be ready to throw in the towel (and perhaps a couple of stuffed animals), if you were being prepped with materials like this teacher describes: "Last week I gave my 5-year-olds a reading assessment that required them to infer the meaning of 'bifocals' after hearing a 5-paragraph story about Ben Franklin (the story had no pictures). This is the kind of madness that permeates curriculum design for kindergarten. I'm retiring earlier than I had planned because I just can't be a part of this any longer."

The teachers can quit. The students have a 12-year-stretch ahead of them.