Bernie Sanders knocked the former veep for supporting the Iraq War, while Pete Buttigieg promised to mostly withdraw the troops. 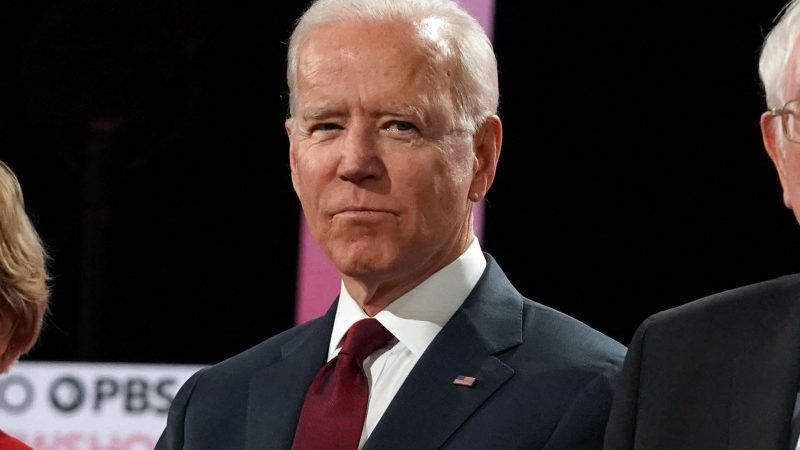 During the Democratic debate, former Vice President Joe Biden was asked about The Washington Post's bombshell report that the Obama administration misled the public into falsely believing that U.S. military forces were achieving success in Afghanistan. Biden did not defend his old boss. Instead, he claimed he opposed the administration's plans to expand the War in Afghanistan, but lost the argument.

"Since 2009, I was on the opposite side of that," he said. "I'm the guy from the beginning who argued it was a big, big mistake to surge forces to Afghanistan. I argued against it constantly."

Whatever your view or the decision, @JoeBiden was, in fact, a strong voice in WH against the surge in Afghanistan. He described his position accurately.

It's true Biden argued for years for a smaller, counterterrorism force in Afghanistan and lost that internal Obama administration battle.

You know what? Joe Biden is telling the truth here. He opposed Obama on his Afghanistan expansion. That's public record. I wish he would release me from an off the record conversation we once had about this. (Our only conversation btw.)

Good on Biden for getting this right, but the fact that he was ineffective at convincing anyone to de-escalate a massive foreign policy blunder and stop lying to the public about it is not a terrific case for his candidacy. And as Sen. Bernie Sanders (I–Vt.) pointed out, Biden got another major foreign policy decision completely wrong when he supported the Iraq War.

"You are also the guy who helped lead us into the disastrous war in Iraq," said Sanders. "We need to re-think the entire war on terror. We have lost thousands of brave soldiers—hundreds of thousands, if not millions, killed abroad or forced to leave."

Sanders said it was long past time to pull American troops out of these foreign wars.

South Bend, Indiana, Mayor Pete Buttigieg agreed with Sanders about bringing the troops home, but mentioned that he would like to keep a small number of combat forces in key strategic areas as a defense against terrorism.