It's OK to disagree with an author's politics and still like her work. 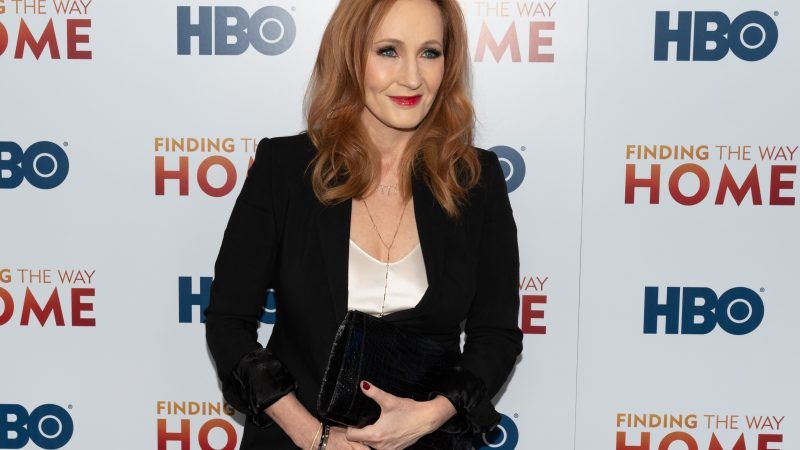 Alas, once-beloved Harry Potter author J.K. Rowling is now canceled. Her legacy is over. Her books can never again be enjoyed.

That's according to progressive Twitter, which exploded with outrage after Rowling tweeted in defense of Maya Forstater, a British think tank employee who lost her job after she expressed views considered by many to be transphobic. Forstater has said that "Everyone's equality and safety should be protected, but women and girls lose out on privacy, safety and fairness if males are allowed into changing rooms, dormitories, prisons, sports teams." This is, of course, a commonly held view, but Forstater's employees at the Centre for Global Development (CGD) decided it was a good reason not to renew her contract. She filed suit, and recently lost in court.

Rowling has previously drawn suspicion that she is a "Trans Exclusionary Radical Feminist," or TERF: someone who denies that trans people are anything other than their birth sex. On Thursday, she waded into the Forstater controversy, tweeting:

Dress however you please.
Call yourself whatever you like.
Sleep with any consenting adult who'll have you.
Live your best life in peace and security.
But force women out of their jobs for stating that sex is real? #IStandWithMaya #ThisIsNotADrill

The tweet appears to confirm what many trans activists have long suspected, and progressives are making their displeasure known (just read the replies).

It's fine, of course, to disagree with Rowling and Forstater—I disagree with them, about this issue and probably many others. But Rowling's critics are also claiming that her conservative views on transgender issues has forever ruined the Harry Potter books. Indeed, Vox tweeted the following:

Did J.K. Rowling just destroy the legacy of Harry Potter with a single, transphobic tweet? https://t.co/K8CgiBeRRZ

Romano writes that "Rowling's tweet reveals itself as a shocking dismissal of transgender identity: its first three lines seem to directly attack trans identity, while its final line mischaracterizes the facts surrounding a court case that involves significant transphobia." As a reminder, the first three lines of Rowling's tweet were "Dress however you please. Call yourself whatever you like. Sleep with any consenting adult who'll have you." How these statements constituted a direct attack on trans identity, I'm not quite sure.

Romano goes on to claim that Rowling has "a long problematic history" on everything from queerbaiting—that is, piquing the interest of queer audiences by hinting at same-sex characters and relationships but never making them explicit—to cultural appropriation. Romano concludes her piece by stating that she wishes she could divorce the books themselves from "the now-tainted voice of its author," but suggests this is unrealistic.

I can't help but feel bad for people who are unable to separate the art from the artist. They have set themselves up for a lifetime of disappointment. Like a room full of monkeys and typewriters, every author, director, comedian, and musician will inevitably commit a transgression against progressivism, which continuously asks people not just to tolerate, but to adopt and espouse beliefs they might not like or want to hold. It's much better to continue liking and appreciating a piece of culture, even if there's something you don't like about its creator.