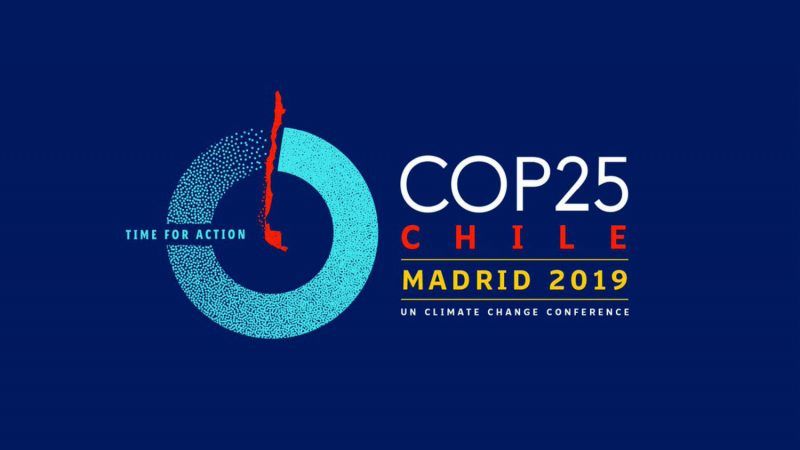 Open with transformational hope, sink into despair, and conclude at the last minute with sly diplomatic equivocation and obfuscation. That's the dramatic arc of negotiations and associated activist street performances that traditionally takes place during the annual two weeks of United Nations climate change conferences. The 25th Conference of the Parties (COP25) of the U.N. Framework Convention on Climate Change meeting now in Madrid is scrupulously adhering to that script. Currently, dark despair reigns.

"In the last ten years following the climate talks they have never been as bleak and disappointing as this conference," declared activist Mohamed Adow of the think tank Power Shift Africa in an emailed press release. "The science is staring us in the face and school children are taking to the streets in their millions, and yet at the global climate summit countries are blocking progress and watering down climate action. It's disgraceful and politicians are simply not doing their job of protecting the planet."

Specifically many climate activists are despairingly disappointed in part because the official climate negotiators from several countries are "watering down" Article 6 of the Paris Agreement. Article 6 basically outlines the framework for setting up and linking carbon markets across the world. A majority of countries have committed to using carbon markets as one of the chief ways to reduce their greenhouse gas emissions. COP25 negotiators were supposed to devise the rules that would make sure that trades between those markets were transparent and would actually produce emissions cuts.

So what's at issue? A big one is emission reductions double counting. Say a German company wants to offset some of its carbon dioxide emissions by buying Amazon forest carbon sequestration credits from Brazil. So far so good. The problem at the COP25 negotiations is that both Brazil and Germany want the reductions to count toward meeting their national climate goals. That double counting lowers the overall ambition to reduce global emissions.

Another issue is that some countries want to use emission reduction credits that they accrued through a program called Clean Development Mechanism under the failed Kyoto Protocol. It turns out that most of the CDM projects did not result in any additional emissions reductions and that allowing the use of such credits now would undermine the ability of future carbon markets to cut emissions.

One more Article 6 sticking point at COP25 is figuring out how to make sure that emissions credit trades between countries actually result in emission reductions that would otherwise not have been made. In other words, if Indonesia was going to build a wind power plant anyway, why should France be allowed to buy credits that would count toward its emissions reductions commitments?

And as always, money transfers from rich countries to poor countries is a central concern. Under Article 6, some sort of mechanism for skimming international carbon dioxide reduction emissions trades is supposed to be permanently set up to fund climate adaptation in poor countries.

Prediction: On Friday, diplomatic equivocation and obfuscation will reign and these thorny issues will be kicked down the road to be fought over again next year at the COP26 conference in Glasgow, Scotland.