Alexandria Ocasio-Cortez Is Right to Oppose This NYC Mega-Development

But she's wrong about why it's bad. 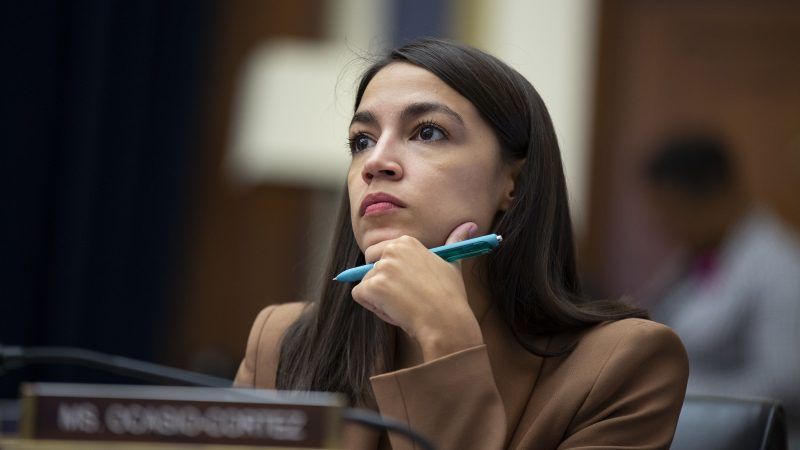 Fresh from their successful effort to kill Amazon's plan for a second headquarters in New York City, Queens-area politicians, including "squad" member Rep. Alexandria Ocasio-Cortez (D–N.Y.), are trying to stop another mega-development at Sunnyside Yards.

There are good reasons to be skeptical of the Sunnyside Yards project, which involves building a massive deck over a 180-acre rail yard, creating space for the construction of new housing, offices, and community facilities. However, few of those reasons get a mention by Ocasio-Cortez and her anti-development allies.

"The proposal as it stands reflects a misalignment of priorities: development over reinvestment, commodification of public land over consideration of public good," wrote Ocasio-Cortez and New York City Council Member Jimmy Van Bramer in a letter to the city's Economic Development Corporation (EDC), which is coordinating an ongoing master planning process for the site.

"The proposed high-rise and mid-rise residential buildings would further exacerbate a housing crisis that displaces communities of color and parcels off public land to private real estate developers," the two elected officials wrote.

Similar objections were raised in a letter by state Sen. Michael Gianaris (D–Queens), who wrote that the EDC "has not embraced a democratic process in implementing public input that prioritizes environmental and social justice."

The argument that building housing where none currently exists would lead to displacement, and that dense urban development near transit would contribute to climate change, sparked a lot of eye-rolling from free market urbanists.

AOC & co. are trying to block the Sunnyside Yards project in the name of stopping displacement.

It would add 10s of thousands of units in a housing-starved city, atop a rail yard where nobody even lives. https://t.co/ZN7aswmIMk

AOC and the local council member (who once killed a 100% affordable housing project because, among other things, it didn't have enough parking) cite global warming and NYC's persistent housing crisis as reasons to be concerned about proposals to build densely near transit https://t.co/DR9KziGXUj

The development of Sunnyside Yards offers the possibility of adding lots of new housing units, which should have the effect of reducing, not raising, housing costs and displacement.

A 2017 feasibility study prepared by the EDC at the instruction of Mayor Bill de Blasio—who's been an enthusiastic backer of the project for years—examined three possible development test cases. A "residential" test case estimated that as many as 24,000 new units, including 7,200 that would be affordable, could be built on a decked-over version of Sunnyside Yards, alongside commercial and community space.

The other two test cases studied by the EDC envisioned less housing and more office or commercial space. Even these scenarios estimated that a Sunnyside Yards project could create a minimum of 14,000 new housing units.

That same 2017 feasibility study also identified a huge problem for project boosters: The cost of building a deck over Sunnyside Yards would massively outweigh the value of the development-friendly land that the deck is supposed to create.

The EDC study found that a deck over the rail yard would create between $3.33 billion and $3.98 billion in gross land proceeds. It also found that the costs of building the deck and supporting infrastructure would cost between $5.3 billion and $6.8 billion.

In other words, under the best-case-scenario, building a deck over Sunnyside Yard would lose $1.73 billion, with the potential for losses as high as $3.48 billion. This would, in effect, require government subsidies to make any development of Sunnyside Yards viable.

A negative residual land value also suggests that the development is not currently worth the expense, says Eric Kober, a former city planner and adjunct scholar at the Manhattan Institute.

"For [Sunnyside Yards] to be viable in the long-term, the land that is being created on top of the rail yard would have to be extremely valuable. Right now, it's not very valuable," Kober says. "It's not very valuable because there're alternative places to do real estate development."

According to Kober, there are still a lot of areas with development potential in New York City that don't require building super-expensive decks over rail yards, including land adjacent to Sunnyside Yards in the Long Island City neighborhood, which is zoned for low-density manufacturing. Rezoning that land to allow for housing development would be a far would cost-effective way of adding new units, says Kober.

"One could imagine some decades from now, that all those opportunities will have been seized" and Sunnyside Yards becomes valuable enough to justify its development, he says. "That is not the case today."

Of course, rezoning nearby areas to allow for redevelopment would also likely provoke the exact same concerns from anti-development politicians opposing Sunnyside Yards. Indeed, Justice For All—a community group opposed to the Sunnyside Yards project—has called for an immediate moratorium on all building permits in Long Island City.

That's a counter-productive attitude. New York City is a rapidly growing urban area that's been adding jobs much faster than it has been adding housing over the past decade.

The result is that more people are competing for the same number of housing units, raising rents for those who can afford to stay in the city, and forcing those who can't into longer and longer commutes from comparatively cheaper suburbs.

Ocasio-Cortez's opposition to Sunnyside Yards is rooted in an anti-growth mentality that will worsen problems of affordability and displacement—the very problems the congresswoman is clearly concerned about.

The master planning process for Sunnyside Yards is expected to be completed sometime next year. After that, any project at the site will spend years going through environmental review and the city's planning process.