No number of NATO summits will re-energize an alliance against an enemy that went out of business nearly 30 years ago. 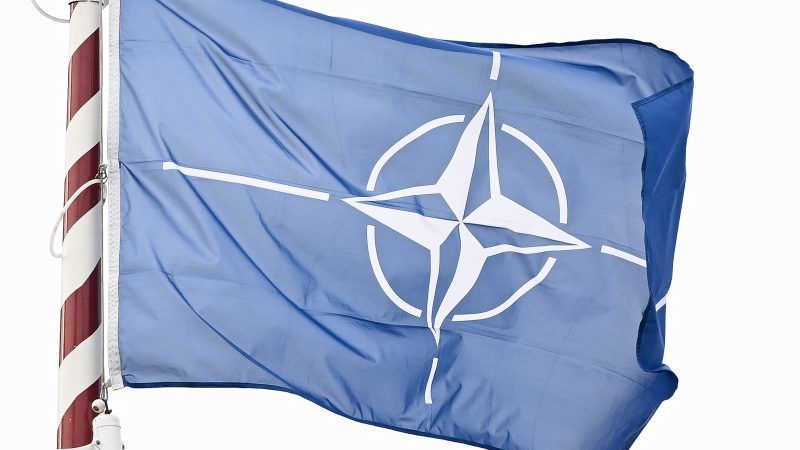 President Trump's trip to London for the NATO summit is a reminder of the political importance of an enemy.

The North Atlantic Treaty that came into force in 1949 does not mention the Soviet Union. But its preamble referring to "the principles of democracy, individual liberty and the rule of law" was what today we might recognize as a subtweet, unmistakably casting shade toward Moscow.

The treaty served many functions, but one crucial one was defining the enemy. Without one, following the defeat of the Axis powers of Japan and Nazi Germany in World War II, America might have felt purposeless or adrift.

Much of American politics since the defeat or collapse of the Soviet Union in 1991 can be explained as casting about in search of a new enemy. Sometimes, our enemies find us, as they did in the attacks of September 11, 2001 against the Pentagon and the World Trade Center. The day after, NATO invoked its collective responsibility against what it called "the scourge of international terrorism."

And for a time it seemed that Al Qaeda—or a more broadly defined violent extremism, including the Islamic State—might fill the role that had been occupied during NATO's glory days by the Soviet Union.

But then consensus broke down, in part over the definition of the enemy. Was it just Osama bin Laden's Al Qaeda? Or did it include President George W. Bush's "axis of evil" of Iran, Iraq, and North Korea? The congressional authorization for use of military force that passed immediately after the September 11 attacks gave the president permission to strike "those nations, organizations, or persons he determines planned, authorized, committed, or aided the terrorist attacks that occurred on September 11, 2001, or harbored such organizations or persons."

As the September 11 attacks wane in American memory—some voters in 2020 will have been born after the twin towers fell—politicians have been searching for new villains.

Donald Trump ran for president in 2016 promising to build a wall to protect America from illegal immigrants from Mexico—immigrants he blamed for bringing crime and drugs. Various Republican foreign policy thinkers have floated other candidates for American enemies—Communist China, or the terror-sponsoring, nuclear-bomb-building regime in Tehran.

While these enemies all have their possible appeals, none has proved as durably unifying as the Soviet Union did. China is an inconvenient enemy because it's also a big business partner. It makes a lot of our products, and we sell it a lot of things. Iran is terrible, but the Iraq War and the ongoing fight in Afghanistan have nearly exhausted American patience for ambitious projects to improve the Middle East.

The Democrats are in enemy-search mode, too. Listen carefully on the campaign trail or even in Congress, and the politicians test out possibilities. Tune in to the impeachment hearings, and it sounds like the enemy is President Trump, or Russia, or Ukraine. Watch a Democratic presidential debate, and the enemy to be fought is "millionaires and billionaires," or perhaps "the insurance companies," "Big Tech," and "Big Pharma," the fossil-fuel companies and their lobbyists. Perhaps an imaginative Democrat can channel American animosity toward something more abstract, such as racism or inequality.

Creative Republicans and centrists are testing similar ideas about making the enemy loneliness, addiction, or despair.

It's almost enough to make one nostalgic for the glory days of NATO. The Soviet Union was unspeakably evil. I'm glad it's gone. At least when it existed, though, pretty much everyone outside the Iron Curtain—America, Europe—understood that the communists were the foes. No number of NATO summits will re-energize an alliance against an enemy that went out of business nearly 30 years ago.