Although the CDC is now emphasizing the potential hazards of vitamin E acetate, it continues to warn the public about e-cigarettes that don't contain it. 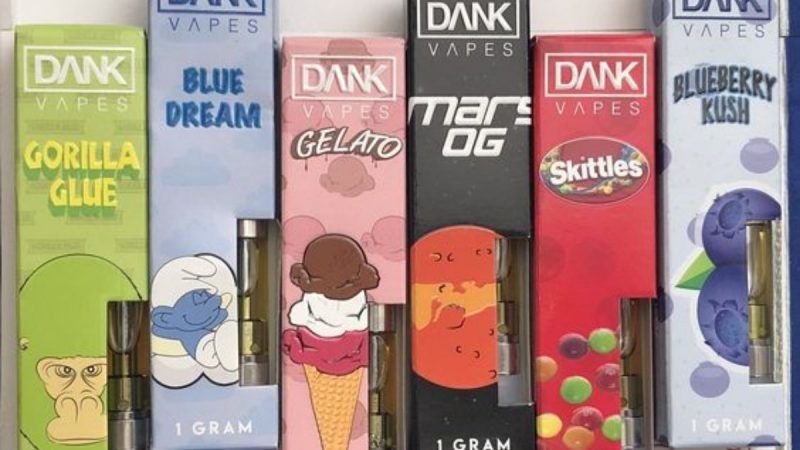 A new study of vaping-related lung injuries in Minnesota by the U.S. Centers for Disease Control and Prevention (CDC) reinforces the case against vitamin E acetate, a diluting and thickening agent found in black-market THC products. The study, published yesterday in the CDC's Morbidity and Mortality Weekly Report, also provides evidence that use of the additive is a relatively new phenomenon, which might explain why cases like these were not reported until recently.

In light of the accumulating evidence implicating illegal cannabis products in the lung disease outbreak, which as of November 20 included 2,290 cases and 47 deaths, the CDC has modified its advice about vaping. But it continues to imply, without evidence, that legal nicotine products, which have been used by millions of Americans for years without causing acute respiratory reactions like these, might have something to do with the lung injuries.

In the new study, researchers interviewed 58 Minnesota patients, 91 percent of whom reported obtaining THC products from "informal sources such as friends, family members, or in-person or online dealers." Just two patients said they had vaped only nicotine. It is not clear whether those reports were accurate, since patients may be reluctant to admit illegal drug use and may not actually know the contents of black-market products. Previous research has found THC in the lung fluid of patients who did not report vaping it. Without urine or blood testing, it is impossible to verify reports of exclusive nicotine use.

The researchers analyzed 67 product samples provided by patients, 46 of which contained THC. The most common THC brand by far was "Dank Vapes," a label widely used by bootleggers. Of the 12 patients who provided THC products, all but one submitted samples containing vitamin E acetate, which was not found in any of the nicotine products tested. Lung fluid samples from five patients all contained the additive, which is consistent with an earlier CDC study of 29 patients. Comparing 10 THC products seized by law enforcement agencies in 2018 to 20 THC products seized in September 2019, the researchers found vitamin E acetate in all of the latter but none of the former.

The latest version of the CDC's official advice about vaping likewise emphasizes the potential hazards of vitamin E acetate and black-market THC products. But the CDC is still describing the problem as "e-cigarette, or vaping, product use associated lung injury (EVALI)," a phrase that is not only absurdly cumbersome but highly misleading, since most people, when they read "e-cigarette," think of legal nicotine vaping products.

The CDC also continues to say that "the only way to assure that you are not at risk while the investigation continues is to consider refraining from use of all e-cigarette, or vaping, products." Meanwhile, it contradicts itself by warning smokers who have switched to vaping that they should not return to their former habits, which are indisputably much more dangerous.

It's instructive to compare the CDC's general warnings about vaping to its much more specific advice concerning the recent outbreak of illnesses caused by E. coli contamination of romaine lettuce harvested in or near Salinas, California. "CDC's current advice applies to all brands, use-by dates, and types of romaine lettuce grown in the Salinas growing region," it says. The CDC is not suggesting that people stop eating, or that they avoid all fresh produce, or even that they stop eating romaine lettuce in general. The evidence points specifically to romaine lettuce from the Salinas area, so the CDC's advisory appropriately focuses on those products.

Although the conspicuous role of black-market THC products in vaping-related lung injuries has been apparent for months, the CDC has been slow to acknowledge it. The agency's nomenclature and its advice about vaping betray an irrational bias against e-cigarettes that has nothing to do with "EVALI." Its muddled message has done real harm to public health by failing to give cannabis consumers adequate warnings and by scaring smokers away from products that provide a much less hazardous source of nicotine.

A Morning Consult poll conducted in September found that 58 percent of respondents, based on what they had "seen, read, or heard on the news lately," believed people had "died from lung disease" caused by "ecigs, such as Juul," compared to 34 percent who said the cases involved "marijuana or THC e-cigs." Meanwhile, the share of Americans who recognize that e-cigarettes are less dangerous than the conventional, combustible kind continues to decline, a trend that is bound to be accelerated by "EVALI" scaremongering.

According to survey data reported this month in The Journal of the American Medical Association, just 26 percent of respondents perceived "electronic nicotine delivery systems" (ENDS) as less harmful than cigarettes in 2018, down from 39 percent in 2012. Between 2017 and 2018, the researchers noted, "an increase in perceiving ENDS as much more harmful than cigarettes was observed among cigarette smokers, which may influence their decision to try or switch to ENDS use."

The lead author of the JAMA study, Georgia State University public health researcher Amy Nyman, amplified that point in a press release. "Smokers who perceive too much risk from e-cigarettes may decide against using them to quit smoking and may instead continue with their combustible smoking habit," Nyman said. "The increase in perceived harm of electronic cigarettes may reflect growing concerns about the surge in e-cigarette use among young people, and the subsequent media coverage of the teen vaping epidemic."

Notably, the 2018 survey preceded the outbreak of vaping-related lung injuries. "If this survey were to be done again," one of Nyman's co-authors told Vox, "it would probably be shocking in terms of even more negative perceptions."