Rhode Island is one of only two states that still prohibit civilian stun gun and Taser ownership. 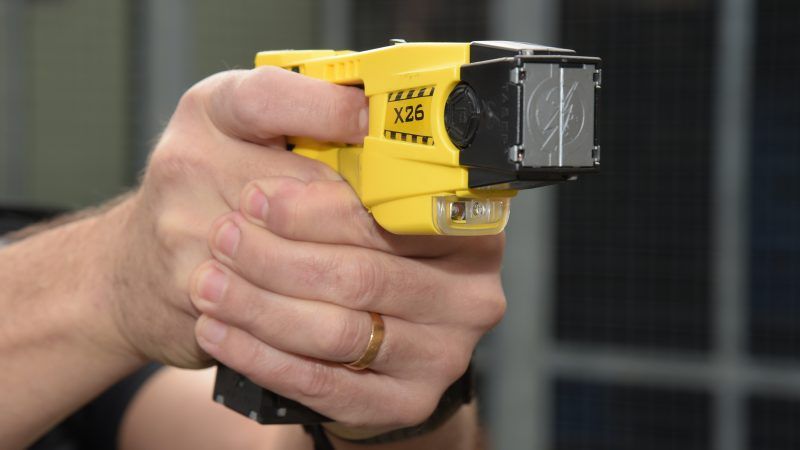 Rhode Island and Hawaii are the only states in the nation that prohibit the ownership of stun guns and Tasers. A new federal lawsuit filed in Rhode Island seeks to scrub the state from that list.

O'Neil and Grasso's lawsuit argues that Rhode Island's ban on electronic weapons violates the Second Amendment of the U.S. Constitution because the law is inconsistent with the Supreme Court's rulings in 2008's District of Columbia v. Heller and 2016's Caetano v. Massachusetts, as well as other rulings in state and federal cases. The lawsuit points to Heller's holding that the Second Amendment protects weapons in "common use" (about 200,000 stun guns were in private hands as of 2009) and Caetano's reaffirmation that "the Second Amendment extends… to all instruments that constitute bearable arms, even those that were not in existence at the time of the founding" to argue against Rhode Island's ban.

Caetano dealt specifically with the question of whether stun guns are constitutionally protected weapons under the Second Amendment and whether Massachusetts had the authority to ban them. The suit was filed by Jaime Caetano, who was arrested for possessing a stun gun she obtained to protect herself from her ex-boyfriend. At the time, state law forbade private ownership of stun guns.

Rhode Island's governmental agencies appear to concede that the state's ban won't hold up in court. Sid Wordell, executive director of the Rhode Island Police Chiefs Association, tells WPRI that his organization recognizes that Rhode Island's electronic weapons ban makes the state an outlier nationally and that they're likely "going to have to legalize them."

Similarly, Providence Public Safety Commissioner Steven Pare told WPRI that he accepts that the Second Amendment protects ownership of stun guns, but expressed his belief that the state should, "be real restrictive [sic] with the persons who can carry these types of devices and where they can carry [them]," stating that he, "wouldn't want to see someone carrying a stun gun which can incapacitate people in banks and government buildings and sensitive areas."