If she is found guilty, she could face a maximum of 150 days in jail. 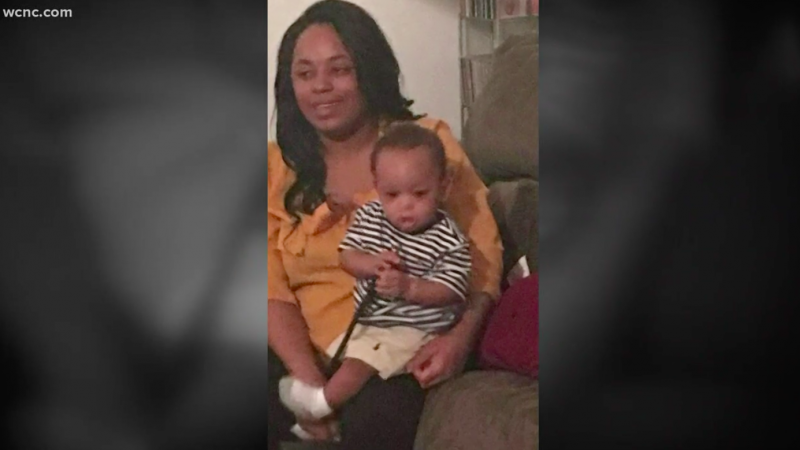 Jiterria Lightner and her three kids, ages 4, 3 and 2, were at the airport in Charlotte, North Carolina, on their way home from a trip to Florida. While Lightner sat less than 15 feet away, trying to arrange a ride, her kids were playing in a little space between the escalator and the stairs.

In the freakiest of freak accidents, 3-year-old Jaiden took hold of the railing, was carried up the escalator, and then fell to his death, reports WCNC.

The tragedy was originally deemed an accident. But the Charlotte-Mecklenburg Police Department decided this week to take out three misdemeanor warrants against the mom, charging her with child abuse. If she is found guilty, she could face a maximum of 150 days in jail.

Of course, if this was really about a mom not supervising her kids, how does taking her away from them for 150 days make things better? Obviously, it doesn't. That's why I don't think it's really about a lack of supervision. I think it's about fear. The fact that this truly could happen to any of us is so scary, we can't deal with it. So instead, we—or at least the Charlotte-Mecklenburg police—pretend that no, this only happens to terrible parents who are criminally abusive. Not to saintly you and me.

It echoes the way we used to blame rape victims: She was asking for it by wearing that outfit. I would never be raped because I don't ask for it. Our fear made us twist the victim into the perp, or at least the accomplice.

Our fear that something this horrific could happen out of the blue (at the end of a vacation, even) seems to turn a normal person in a normal circumstance into the depraved author of her own grief. If she's a terrible mom then this tragedy serves her right and the universe still seems fair. We can breathe a sigh of relief.

Except we can't. Not when the authorities can pretend bad things only happen to bad people.

When that is society's assumption, parents feel compelled to helicopter. They know they cannot count on sympathy and support if, God forbid, an unpredictable tragedy occurs. Remember the mom whose child fell into the gorilla enclosure? Surely that was as unpredictable as this sad airport story. And yet, many people reacted as if all moms should be on high alert anytime their child is at the zoo, because it is so darn common and so very likely that their kids could fall into a cage. Hindsight, fear, and a deep unwillingness to recognize the fickleness of fate combined into a storm of hate and victim-blaming.

As lawyer Greene put it: "This is one of those incidents that could've happened to any one of the members of this community, and, unfortunately, the decision came down to charge her with a crime."