The Dark Crystal: Age of Resistance

Eric Boehm | From the December 2019 issue 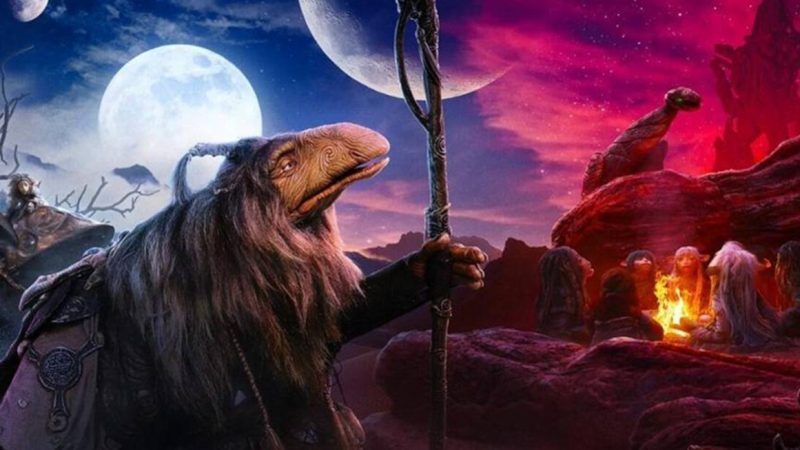 A darkness hangs over The Dark Crystal: Age of Resistance, Netflix's prequel to the wonderfully weird 1982 Jim Henson film.

The original movie still stands as a technical masterpiece amid Muppet master Henson's goofier, more well-known productions. The new series is even more remarkable. It uses more than 100 puppets and an impressive voice cast to tell a sprawling story that deepens the lush, creepy fantasy world invented by Henson and artist Brian Froud.

At the center of the story are the terrifying half-bird, half-lizard Skeksis, who rule the planet of Thra. They control the titular crystal, which possesses a life-giving force they've corrupted for nefarious purposes. A group of Gelflings—think half-hobbit, half-elf—revolt against Skeksis' rule.

The Gelflings' world is as beautiful as it is doomed. The heroes of the original film were two survivors of a holocaust brought on by the Skeksis. Ruins and prophecies were the only connection they had to a once-vibrant Gelfling culture.

The rebellion is led by Rian (voice: Taron Egerton; puppeteer: Neil Sterenberg), a Skeksis castle guard who flees his post after discovering the depth of his masters' evil plans; Deet (Nathalie Emmanuel; Beccy Henderson), who is literally pushed into the story by the living spirit of Thra; and Brea (Anya Taylor-Joy; Alice Dinnean), a princess who gets woke about the unfairness and cronyism at the heart of—wait for it—the Skeksis' tax system.