The Pacific Legal Foundation is arguing that a California law mandating corporate boards have a minimum number of women amounts to unconstitutional sex discrimination. 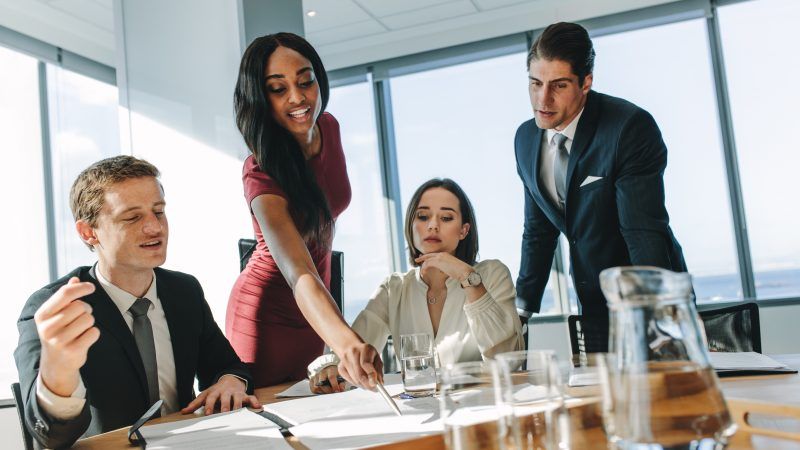 A new lawsuit is challenging a California law that requires corporations to elect a minimum number of women to their boards of directors.

On Wednesday, the Pacific Legal Foundation (PLF) sued California Secretary of State Alex Padilla, the state official in charge of administering SB 826. That law, passed in 2018, requires that, by 2020, all publicly traded companies headquartered or incorporated in California have at least one woman on their board of directors.

Come 2022, companies with five-member boards will need to have at least two female directors. Firms with six or more directors will need at least three women on their board.

Failing to fulfill the law's gender quota or to properly report the composition of their boards to the state can net companies fines of $100,000 for the first violation, and $300,000 for each subsequent violation. Each board position required to be occupied by a woman, but isn't, counts as a separate violation.

The purpose of the law, according to its sponsor, state Sen. Hannah-Beth Jackson (D-Santa Barbara), is to make the top of the corporate ladder more equal and to improve corporate decision making.

"The time has come for California to bring gender diversity to our corporate boards," Jackson told the Los Angeles Times in September 2018. "With women comprising over half the population and making over 70% of purchasing decisions, their insight is critical to discussions and decisions that affect corporate culture, actions, and profitability."

Whatever the intentions behind the law, its means are both unconstitutional and counter-productive, says Anastasia Boden, an attorney with the PLF.

Boden and PLF are suing on behalf of their client, Creighton Meland, Jr., a shareholder of California-headquartered OSI Systems, Inc., a defense contractor that currently has an all-male board.

By forcing Meland and other shareholders to consider gender when they vote for board members, reads their lawsuit, California's law "imposes a sex-based quota directly on shareholders, and seeks to force shareholders to perpetuate sex-based discrimination." This, they argue, violates the Equal Protection Clause of the 14th Amendment.

The potential constitutional flaws of SB 826 are not news to anyone. Even supporters of the bill have acknowledged that it might not withstand legal challenge.

"There have been numerous objections to this bill, and serious legal concerns have been raised," wrote then-Gov. Jerry Brown in a statement after signing the bill into law. "I don't minimize the potential flaws that indeed may prove fatal to its ultimate implementation."

In addition to the PLF's federal lawsuit, there is also a state-level challenge to the law.

That lawsuit was filed by three California taxpayers with the assistance of conservative group Judicial Watch. It argues that the appropriations necessary to enforce the law violate the state constitution by expending money on an explicit gender quota.