Plus: the effects of restrictive zoning on education access, DACA's uncertain future at the Supreme Court, and Mayor Pete's miraculous surge 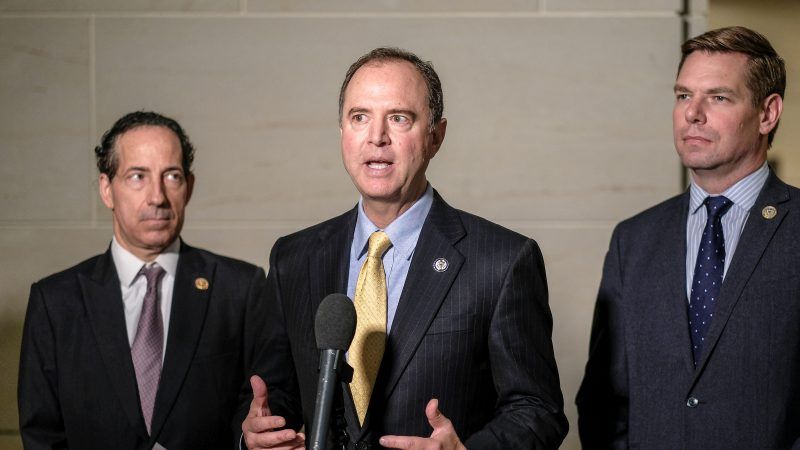 They're here, they're finally here.

On Wednesday, public impeachment hearings will begin in the House Intelligence Committee with the testimony of William B. Taylor Jr., the acting ambassador to Ukraine, and George Kent, deputy assistant secretary for state for European and Eurasian Affairs.

Both men have already testified in closed-door hearings that President Donald Trump and his political allies, including his personal lawyer Rudolph Giuliani, tried to inappropriately pressure Ukrainian officials to launch corruption probes into Hunter Biden and the Democrats in order to benefit the president's 2020 reelection campaign.

Much of their testimony has already been made available in partially redacted transcripts. Today's hearings, however, will give both Republicans and Democrats a chance to tell their respective stories about the House's impeachment inquiry.

For Democrats, the narrative is clear: Trump is a corrupt extortionist who has hijacked U.S. foreign policy for his own selfish purposes.

"[Taylor and Kent] will describe their own experiences and how American policy toward Ukraine was subverted to serve the president's personal, political interests, not the national interest," said House Intelligence Committee Chairman Adam Schiff (D–Calif.) in a statement to The Washington Post.

Republicans meanwhile will do their best to present the case that Trump did nothing wrong in his dealings with Ukraine, and that the entire impeachment proceedings are a crass partisan attempt by Democrats, and occasionally the deep state, to unseat a duly elected president.

"Democrats want to impeach President Trump because unelected and anonymous bureaucrats disagreed with the president's decisions and were discomforted by his telephone call with [Ukrainian] President Zelensky," reads a Republican memo obtained by The New York Times, which references the July phone call Trump had with President Volodymyr Zelenskiy in which he appeared to have offered to trade $400 million in aid to Ukraine in exchange for that country opening investigations into Trump's Democratic political rivals.

With so many of these accusations already out in the press, Wednesday's hearings will likely be dominated by political theatrics from each side.

Media coverage is already billing the hearings as a dramatic, historic clash between Trump, his congressional allies, and House Democrats. Bars in Washington, D.C., are hosting watch parties for the morning's hearings.

While Taylor and Kent testify again, two members of the Trump administration who allegedly have deep knowledge of the president's Ukraine dealings will continue to say nothing: Mick Mulvaney, the acting White House chief of staff, and John Bolton, former national security adviser.

Both men have been subpoenaed by House Democrats, but so far, the two have declined to testify, citing the White House's claim that senior presidential advisors can't be compelled to testify before Congress.

Mulvaney tried briefly to join a lawsuit brought by a former Bolton aide asking a federal judge to rule on whether the president's instructions to current and former advisors not to testify to Congress are outweighed by congressional subpoenas, before abandoning that effort Tuesday. He now says that he will not testify.

In addition to today's events, public impeachment hearings featuring top diplomats and national security officials are scheduled for Friday and throughout next week.

On the whole, Trump is taking everything in stride.

Congress' Joint Economic Committee (JEC) has published a new study examining the role that restrictive zoning laws have on access to education.

JEC policy analyst Vanessa Brown Calder, the report's author, highlights some of her findings in this thread.

The Obama-era Deferred Action on Childhood Arrivals (DACA) program reportedly had a tough day of oral arguments at the Supreme Court on Tuesday.

A number of states are suing the Trump administration for trying to end DACA, which stayed deportations for people in the country illegally who were brought to the U.S. as children.

However, most media outlets report that the court's conservative majority appeared to side with the government during their questioning, saying that the Trump administration had offered good enough explanations for axing the program.

So many bad ideas in this mysteriously popular piece. Like: "just after a user submits a comment, AI can identify text that's similar to comments previously flagged as toxic and ask, 'Are you sure you want to post this?'"

Neighborhood heads up: someone near 15 and W NW has been spreading poop on the undersides of @bikeshare bike handles for the last two Sundays. Gross and a health hazard. Glad @bikeshare is fixing it, but bikers beware @PoPville pic.twitter.com/fLxcdl2jJC