Campus conservatism must take the threat of the far right seriously. 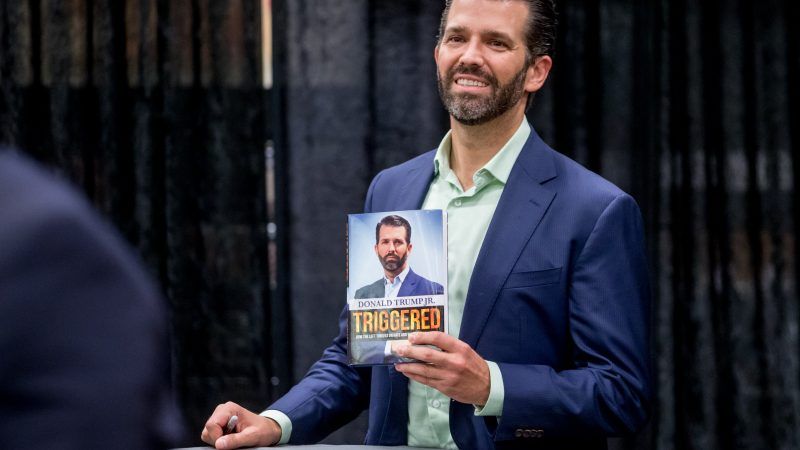 Donald Trump Jr. spoke at the University of California, Los Angeles, yesterday to promote his new book, Triggered: How the Left Thrives on Hate and Wants to Silence Us.

An ideological group of hateful silencers did indeed interrupt the proceedings, forcing Trump to cut short the Q&A period. But these were not intolerant, triggered leftists. They were far-right activists.

This is a reality that a more mainstream conservatism must take seriously. While criticism of the campus left is often justified—I've penned two articles on the subject just today—for too long the right has treated alt-right-adjacent trolling as trivial or insignificant when compared with progressive activism.

The irony of Trump Jr. promoting a book about leftist shutdown culture and instead finding himself interrupted by the right was not lost on the media outlets who covered the incident. Trump Jr. even challenged his audience to "name a time when conservatives have disrupted even the furthest leftist on a college campus.

"It doesn't happen that way," he insisted. "We're willing to listen."

Well, it depends who the "we" is. Indeed, a number of conservative campus events in recent days have been targeted by supporters of Nick Fuentes, a 21-year-old YouTuber and far-right gadfly. Fuentes describes his views as nationalist and "America First," though he has a long history of making racist and anti-Semitic statements. His movement has recently hijacked events featuring Rep. Dan Crenshaw (R–Tex.) and folks in the Daily Wire orbit over their support for Israel and their refusal to avow that the U.S. should remain a culturally "European"—i.e., white—nation. Daily Wire editor-in-chief Ben Shapiro recently inveighed against this movement in his remarks at Stanford University, and was right to do so.

It's great to see conservatives denouncing this racist, anti-gay, white identitarian nonsense. When the right inveighs against progressive censorship and intolerance, it really needs to stress that this is a serious problem on its radical flank as well. Far-Right Trolls Sabotage Event might not generate as many clicks in the conservative media environment as Triggered Left Wants to Silence You, but it is no less important to say.

For more on this subject, check out my book, Panic Attack: Young Radicals in the Age of Trump.