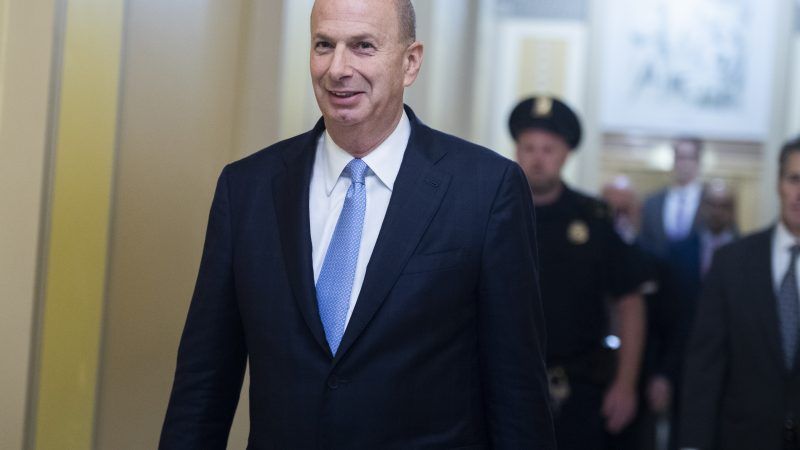 "Let me state clearly, inviting a foreign government to undertake investigations for the purpose of influencing an upcoming election would be wrong," said Gordon Sondland, the ambassador to the European Union, in his sworn deposition before congressional investigators on October 17. "Withholding foreign aid in order to pressure a foreign government to take such steps would be wrong. I did not and would not ever participate in such undertakings."

But on November 4, Sondland had a change of heart.

"I now recall speaking with [Andriy] Yermak," he wrote in an appendix to his testimony, referring to one of the top advisers to Ukrainian President Volodymyr Zelenskiy. "I said that resumption of U.S. aid would likely not occur until Ukraine provided the public anti-corruption statement that we had been discussing for many weeks."

Per congressional testimony, the "anti-corruption statement" concerned President Donald Trump's push to have Zelenskiy publicly announce an investigation into Burisma Group—where Hunter Biden, the son of former Vice President Joe Biden, sat on the board—as well as into a much-criticized theory on Ukrainian interference in the 2016 U.S. election. The House is currently conducting an impeachment inquiry after revelations surfaced that Trump allegedly withheld congressionally-authorized military aid from Ukraine this summer in order to strongarm Zelenskiy into carrying out the request.

Sondland's switch comes after William Taylor, the current U.S. ambassador to Ukraine, testified on October 22. According to Taylor, Sondland informed Ukrainian officials that the aid would not be released unless the investigation directed at the Bidens moved forward.

Trump has repeatedly denied that he ever weaponized the aid package in exchange for Zelenskiy's assistance, although he seemed to allude to it multiple times on a July 2019 call with the Ukrainian president. "False stories are being reported that a few Republican Senators are saying that President Trump may have done a quid pro quo, but it doesn't matter, there is nothing wrong with that, it is not an impeachable event," Trump tweeted on Sunday. "Perhaps so, but read the transcript, there is no quid pro quo!"

The transcript of his deposition was released on Tuesday, along with that of Kurt Volker, the former special envoy to Ukraine. Their testimonies entered the public record a day after House Democrats released the depositions of Marie Yovanovitch, the former U.S. ambassador to Ukraine, and Michael McKinley, a former top aide to Secretary of State Mike Pompeo. Both testified about the rank partisanship pervading the State Department, as Trump allies, spearheaded by his personal lawyer Rudy Giuliani, successfully worked to remove Yovanovitch from her post. According to Giuliani et. al, she stood in the way of the end-game: convincing Zelenskiy to investigate Joe Biden.