Why do new things reliably freak us out?

Nick Gillespie | From the November 2019 issue 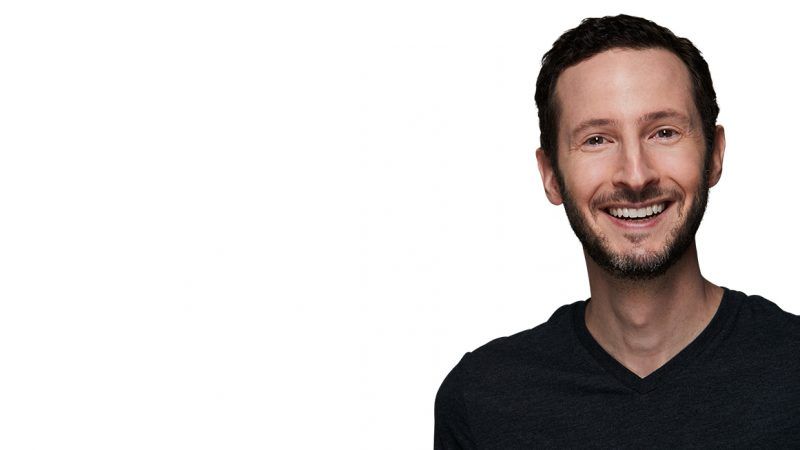 Are you old enough to remember Louise Brown? In 1978, she became the first person born through in vitro fertilization (IVF). She was called a "test-tube baby," and the technology that allowed her to exist scared the bejeezus out of everyone. Now, IVF is a routine method of reproduction.

Or maybe you recall when the Walkman was introduced in 1979 as the first truly portable, immersive, individualized sound system. Its success led to a spate of panicked stories about how it would destroy communal music. Some towns even passed laws banning people from using the device while walking.

If you're interested in past panics about new developments, you'll be interested in the podcast Pessimists Archive, which is dedicated to exploring "why we resist new things." Host Jason Feifer delves into historical moments of panic over everything from novels to elevators to chain stores to that once unforgivably dirty dance, the waltz. He is also the editor in chief of Entrepreneur magazine, host of a business-oriented podcast called Problem Solvers, and a novelist.

In July, Feifer spoke with Reason's Nick Gillespie about why new things reliably freak us out.

Q: You write about the elevator and the work its creators did to encourage people to use it. Can we only adapt to new technology when there's an intentional effort to assuage our fears?

A: I think oftentimes the developers of technology forget to do that. They are so bought in on the value of the thing they have produced that they forget other people are not going to see it and immediately say, "I love this a lot more than the thing I'm already comfortable with."

With new technology, there's a moment when the creators will step back and realize there's a psychological element missing. With elevators, they decided to install a female voice that would say, "Going up, going down."

Q: The elevator also had a transformative effect on class. It took a bunch of different people with different backgrounds and stuck them in a tiny box.

A: There was a fundamental question of: Is the elevator transportation or is it a room? We're talking about the 1930s and 1940s, and the entire nation debated that question for literal decades. If a man walks into an elevator and there's a woman inside it, does he take his hat off? If it's a room, he does, but if it's transportation—like a train—that would be impractical.

How is the elevator supposed to be decorated and arranged? Early elevators had couches and chandeliers. You were supposed to sit down! The idea of standing in a moving box was so incredibly foreign that they wanted people to feel comfortable.

A: Exactly. And both of those technologies—cars and elevators—completely rearranged the way we live. For instance, before the elevator, poor people lived at the top of buildings, and rich people lived at the bottom. Which makes sense, because only poor people would be expected to hoof up stairs all the way to the top. If you're rich, you spend the money for an apartment that's easy to get to. The penthouse apartment simply did not exist. But as soon as there was an elevator, everything reorganized.

Q: One of the reasons people today pay more to live higher up is the views. Did poor people who lived at the top of buildings not get much out of those views?

A: Well, before the elevator, buildings weren't very tall. Six floors or so. And they were also built with social strata in mind. First-floor dwellings were spacious and nice, while the upper floors were cramped and terrible.

Q: Let's talk about the novel. What were people worried about when that form of literature became dominant in the late 1800s?

A: They worried about so many things. One of them was bad influence. In the late 1800s, people worried that children would read a crime novel and then want to become a criminal.

Q: Can you talk about the fear of women and novels?

A: The gendered concern comes up in a lot of new technologies. When the novel was ascendant, people believed men and women's bodies functioned differently and that women could be easily exhausted in a way that men could not be. Even doctors at the time saw novels as draining a woman's finite energy. Everyone believed that reading novels could drive women insane and make them infertile.

Q: Was there also a sense that women might want to behave differently if they read novels?

A: Yes, though I always wonder if people genuinely believed there were potential health problems or if they really thought that the novel was a way for women to access more of the world and found that threatening. Because they also believed that a bicycle's spinning wheels could make women insane, and it also promised to give women more freedom.

'Killer' Walkman, 'Insane' Bicycles, and Novels Will Rot Your Brain: Pessimist Archive's Jason Feifer on 'Why We Resist New Things'

This interview has been condensed and edited for style and clarity. You can listen to the full conversation, and don't forget to subscribe to the Reason Podcast.