Study: Styrofoam Might Last Only Decades, Not Millennia, in the Ocean

Researchers from MIT and the Woods Hole Oceanographic Institution say that sunlight can break down polystyrene within a few decades. 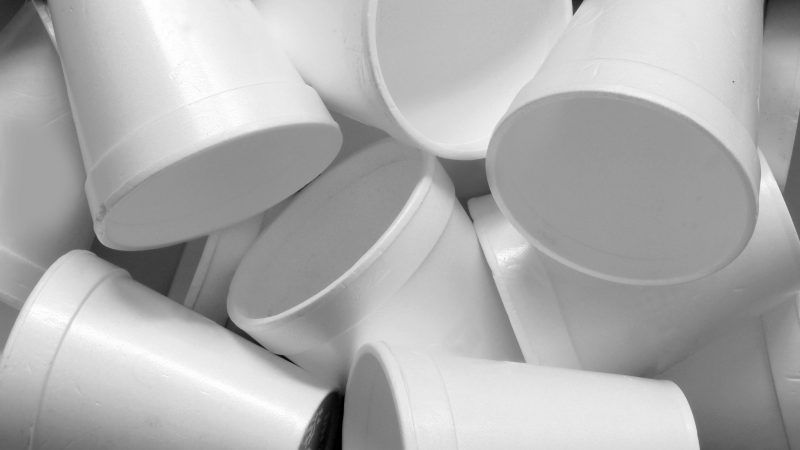 From Maine to Maryland, from San Francisco to San Diego, legislators and city councilmembers have been banning expanded polystyrene—often known by the brand name Styrofoam—because they believe these products can last for millennia in the ocean. But new research suggests that polystyrene might break down into organic compounds much more quickly than expected, lessening its long-term environmental impact.

Earlier this month, researchers with the Woods Hole Oceanographic Institution and the Massachusetts Institute of Technology published a study finding that sunlight can breakdown polystyrene into organic carbon and trace amounts of carbon dioxide within a few decades.

"The sunlight creates a pair of photochemical scissors and cuts the plastic enough so that it is no longer plastic, it's this cut up skeleton of a plastic," says Chris Reddy, one of the authors of the study. The end result is organic carbon that then dissolves in seawater.

That process can take decades. Sunlight can also complete oxidize polystyrene into carbon dioxide (converting it into "thin air," Reddy says), a process that can take about 10 times as long.

In the past, scientists and policy makers had assumed that the degradation of polystyrene was controlled by how quickly tiny microbes could break the material down. Because polystyrene is difficult for these microbes to devour, people believed it would effectively last forever in the oceans. But the same things that make polystyrene hard for microbes to consume also make it easier for sunlight to break it apart.

While this study only focused on polystyrene, sunlight may play a similar role in breaking down other plastics. Reddy tells Reason that "it's entirely reasonable that photochemistry may be a factor in other plastics as well."

Previous estimates of how much plastic debris is in the ocean were predicated on the idea that any plastic that entered the marine environment was effectively going to stick around forever. And yet when scientists have gone looking for that plastic, they've turned up a lot less than they were expecting. One 2014 study estimated that 99 percent of the stuff was missing.

One theory at the time was that fish were eating the plastic and then passing it out in feces which then sank to the ocean floor. Another idea was that organisms were sticking to the plastic pieces and dragging them to the bottom of the ocean.

The decades-long period of time it takes for the sun to breakdown polystyrene still makes it an environmental hazard, Reddy stresses.

"Even if we removed the plastic in a decade or 20 years, it's still 20 years of it being able to create to some kind injury to wildlife," says Reddy. "By no means are we giving any sort of plastic pollution a free pass."

But if polystyrene does eventually dissolve, that means the material is more manageable than previously thought. And that in turn makes case for plastic bans weaker, particularly in rich countries with well-functioning waste management systems.