The council's design all but ensures absurdities like this. 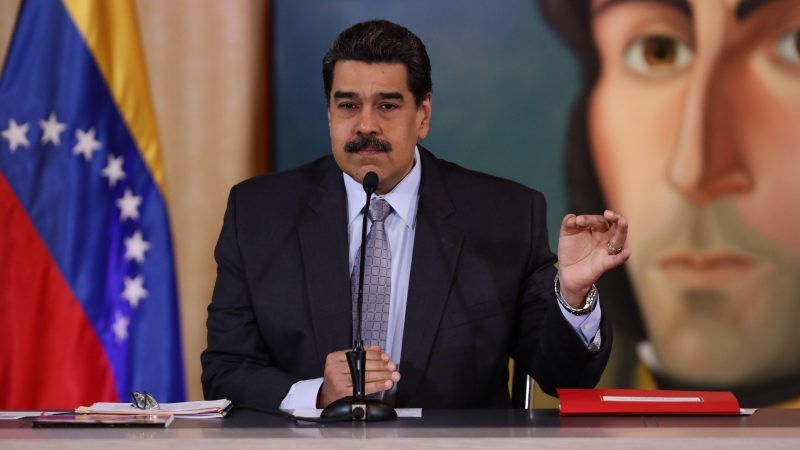 The United Nations' Office of the High Commissioner of Human Rights Venezuela released a blistering report on Venezuela in July. It found that President Nicolas Maduro's government engaged in widespread human rights abuses, including the torture and murder of political opponents and average citizens.

Yesterday, Venezuela was also elected to the United Nations' Human Rights Council, an intergovernmental body charged with "strengthening the promotion and protection of human rights."

Also being elected to fill several of the 14 vacant seats on the 47-member council were Mauritania—where local human rights groups estimate that up to 20 percent of the population is enslaved—and Sudan, currently led by a hybrid civilian-military council chaired by a general who overthrew the last president in a coup.

Venezuela's election has stirred the most controversy. Everyone from Joe Biden to Sen. Marco Rubio (R–Fla.) has condemned the choice. Kenneth Roth, executive director of Human Rights Watch, called it "a slap in the face to the government's countless torture and murder victims as well as the millions who have fled the humanitarian disaster that the repressive government created."

This is hardly the first time that governments with less than sterling human rights records have been elected to the Human Rights Council. China, Russia, Eritrea, Egypt, Saudi Arabia, and Cuba have all won seats in the past.

Indeed, the elevation of nasty governments to the council is all but ensured by its design. Membership is based on "equitable geographical distribution," with a fixed number of seats going to each region of the globe. Africa gets 13 seats as does the Asia-Pacific Region. Western Europe gets seven seats, while Eastern Europe gets another six. The Latin American/Caribbean region gets eight. The fixed number of seats per region means that relatively liberal places have a small share of the overall seats. And term limits—a member is ineligible for immediate reelection after serving for two consecutive three-year terms—ensure that relatively decent governments that make it onto the council will be prevented from running again.

This is effectively what happened with Venezuela. The Latin American region had two open seats, and it initially attracted only two candidates: Venezuela and Brazil. Costa Rica, in an effort to prevent Venezuela's election, launched a last-minute candidacy for one of the open seats last week. It failed.

Venezuela's election obviously undermines whatever credibility the Human Rights Council had. It also highlights a dilemma faced by intergovernmental bodies that try to be both representative and liberal in a world full of illiberal regimes.

The takeaway: Those looking to advance human liberty probably shouldn't rest too many of their hopes on cabals of powerful heads of state.