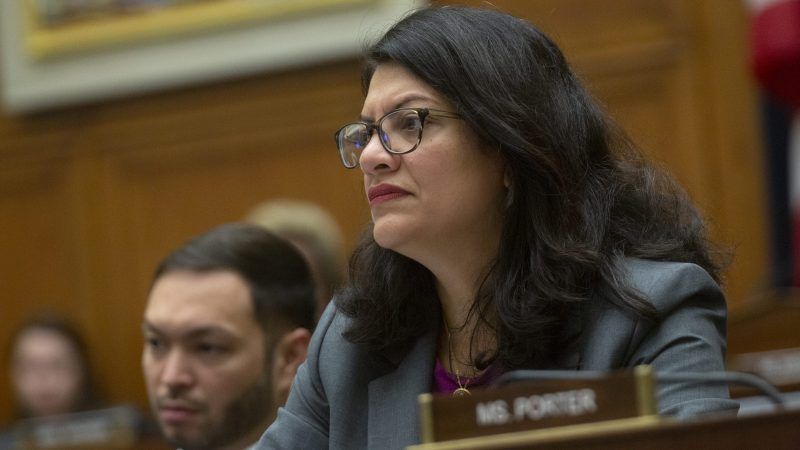 You have probably heard about a so-called "vaping health crisis," complete with "horror stories" that are growing worse and worse. Over the past few months, more than 1,200 people have become sick and 29 have died from a mysterious acute lung disease. This has led national, state, and local politicians to demand bans on e-cigarettes to protect public health, often invoking emergency powers to implement them.

It has become increasingly clear that the wave of respiratory illnesses alarming health authorities is linked primarily to black market cartridges delivering THC, the psychoactive cannabinoid in marijuana, rather than the commercial nicotine vapor products that have been used by millions of people in multiple countries for more than a decade. Yet opponents of nicotine use have seized the opportunity to further enflame the moral panic around vaping.

New York, Michigan, D.C., Massachusetts, Washington, and Oregon, among other jurisdictions, are enacting or considering bans on vapor products that will wipe out small businesses and deprive cigarette smokers of safer alternatives. In Michigan, the penalty for violating the ban includes a prison term of up to six months, a sentence that could apply to teens as young as seventeen years old, and police are being mobilized to enforce the ban in stores throughout the state. Meanwhile, the media have frequently failed to differentiate between black market cannabis and legal nicotine vapor products, obscuring the actual cause of the disease and exacerbating the public's misperceptions of the relative risks of smoking and vaping.

To those who haven't had reason to pay attention to tobacco policy prior to the current controversy, this unhinged response to vaping may seem bewildering. As far as we know, flavored e-cigarettes aren't killing people. Dubiously sourced marijuana products are.

But to those of us who have covered tobacco debates for much longer, what we're witnessing is painfully familiar. The anti-smoking movement has a long history of exploiting dubious science for political gain. Today's moral panic about vaping has its roots in the decades-long campaign to delegitimize the use of nicotine in pursuit of total bans on public smoking.

This relationship was made clear in a recent congressional hearing about vaping. Rep. Rashida Tlaib (D–Mich.), who in the past has claimed that it's a "lie" to say that vaping is better than smoking, bizarrely asked one witness who testified to having quit smoking using e-cigarettes whether she was a conspiracy theorist. Tlaib also claimed that secondhand smoke is "worse than directly smoking cigarettes," a remark she subsequently defended on Twitter.

Scientifically speaking, that assertion is as embarrassingly uninformed as anything one might hear from a Republican congressman in a hearing about climate change. The fact that it came from a House Oversight Committee member is a signal that the people in charge are grossly misinformed about the most basic details about the toxicology of smoking.

The 2006 Surgeon General's report concludes that long-term exposure to secondhand smoke raises the risk of lung cancer in nonsmokers from 1.12 to 1.43 times that of an unexposed nonsmoker. Studies of direct smoking, by contrast, find relative risks of 10, 20, or 30 times that of a nonsmoker. This isn't a slight difference in degree; the risks of smoking are a level of magnitude higher than the risks of being exposed to passive smoke. Similarly, the Centers for Disease Control estimate that of the 480,000 deaths attributable to smoking in the United States each year, less than a tenth 10th are caused by exposure to secondhand smoke.

None of this is remotely controversial. So how did one of the nation's most vocal anti-smoking legislators come to be so completely, confidently wrong about the facts?

Though Tlaib is mistaken about the science, she was right to note the continuity between today's vaping controversy and past debates about smoking bans. Advocacy for these restrictions was often premised on alarmist research that failed to hold up to replication. One leading researcher, Stanton Glantz of the University of California, San Francisco, suggested in 2003 that banning smoking in bars and restaurants could reduce the population-level rate of heart attacks by 60 percent in just six months; subsequent research has thoroughly debunked this possibility. Anti-smoking groups around the country also asserted that just 30 minutes of smoke exposure could "make coronary artery function of non-smokers indistinguishable from smokers." Another group claimed that just 30 seconds of exposure could do the same. The message was clear: The briefest exposure to secondhand smoke might kill you. And the press left it mostly unquestioned.

Alarmism about secondhand smoke was followed by the invention of a potentially even scarier threat: "thirdhand smoke," the residue left behind on walls, furniture, and clothing when someone smokes nearby. Thirdhand smoke has yet to be implicated as a substantial cause of any human illness, but it has nonetheless been featured in countless news stories for more than a decade.

In many of these stories, researchers speak of smokers in ways that are clearly meant to stigmatize them. Jonathan Winickoff, a Harvard pediatrician credited with popularizing the concept of thirdhand smoke, told Scientific American in 2009 that "smokers themselves are also contaminated…smokers actually emit toxins." Another researcher referred to smokers as "mobile tobacco contamination packages." Such language portrays smokers as objects of revulsion, their mere existence in social spaces an unhygienic intrusion. Press coverage rarely questions whether the fears and restrictions encouraged by these claims are at all proportional to potential harms.

In his Pulitzer–winning history of the cigarette, Ashes to Ashes (1996), journalist Richard Kluger notes that in early debates over secondhand smoke, health authorities such as C. Everett Koop, who served as surgeon general from 1981 to 1989, got ahead of the evidence in their advocacy of smoking bans. "[Without] a doubt Koop was on the side of the angels," Kluger wrote, "but without much doubt, either, he was in this instance using dubious means—shaky science—to justify the worthy end of achieving a healthier society."

In the decades since, many scientific claims about secondhand smoke have become even shakier, but most journalists have failed to follow Kluger's example of skeptically reporting them. Because anti-smoking groups are perceived as being "on the side of the angels," they are free to stretch the science without fear of contradiction. They have also become increasingly illiberal, extending the boundaries of these bans far wider than can be plausibly justified by any need to protect non-smokers from harm.

This degradation of science was easy for most people to ignore when it was done in service of the supposedly noble end of passing smoking bans, but the movement's illiberal tendencies are now putting smokers' lives at risk by promoting bans on e-cigarettes.

Researchers who spent their careers demonizing second- and thirdhand smoke are often the source of today's alarmist fears about vaping. Glantz is one of the most reliable critics of e-cigarettes. Winickoff has likened e-cigarettes to "bioterrorism" and now warns against the dangers of thirdhand vapor.

The history is clear. Anti-vaping advocacy didn't arise in a vacuum. It is the latest manifestation of a well-funded and ideologically motivated movement dedicated to eradicating recreational nicotine use in any form.

Before the Big Tobacco companies shut down industry-backed research institutes as part of their settlement of state lawsuits in 1998, journalists knew to distrust their statements as likely motivated by self-interest. Taking them at face value would have represented basic neglect in the performance of their jobs. Yet they routinely make this same mistake when reporting on advocacy groups seemingly operating in the public interest. By doing so, they overlook important sources of bias.

Geoffrey Kabat, an epidemiologist at the Albert Einstein College of Medicine, notes in his recent book Getting Risk Right that "the emphasis on financial relationships has created a situation in which advocates with strong partisan views who are aligned with a cause routinely declare 'no conflict of interest' because it does not fit the prevailing narrow definition." Yet ideology can shape perceptions just as surely as financial conflicts. Michael Siegel, a professor at the Boston University School of Public Health and a career anti-smoking researcher, describes the current state of tobacco control as "guided more by ideology and politics than by science." This was true during debates about smoking bans, and it's true now in debates about e-cigarettes.

Kabat and Siegel both support indoor smoking bans, but both have been attacked by some peers for questioning the dominant narrative in secondhand smoke research. Siegel sees the same story repeating in the debate over e-cigarettes. "I believe that our movement has largely abandoned truth as a central value in our campaigns against vaping," he wrote in a blog post earlier this year. "Driven by an almost puritanical inability to accept the fact that a person could obtain pleasure from nicotine without it killing them, we have made the demonization of vaping the solitary goal of the movement, at the direct expense of what I always believed was our primary goal: to make smoking history."

Sometimes the conflicts are straightforwardly financial, even on the side of supposed angels. Michael Bloomberg has pledged $160 million to the cause of banning flavored e-cigarettes on top of the nearly $1 billion he has previously contributed to other anti-smoking efforts. The Robert Wood Johnson Foundation has contributed more than $25 million to the American Nonsmokers' Rights Foundation. The Truth Initiative reports net assets of more than $900 million. There's big money in being anti-nicotine.

None of this is to say that secondhand smoke or e-cigarette vapor are completely risk-free or that we are obligated to take a laissez-faire approach to either. One can advocate for reasonable restrictions on smoking that fall short of the bans in parks, beaches, and other outdoor areas that anti-smoking groups favor today; one can support reasonable regulations on e-cigarettes without banning them entirely and threatening to imprison people who sell them. But getting this balance right requires confronting the financial and ideological conflicts on both sides of the issues—and interrogating the fundamental illiberalism of the anti-smoking movement.

Journalists' failure to do so during debates over secondhand smoke got smokers banished to the fringes of social spaces. By repeating this failure in the debate over lower-risk competitors to the cigarette, journalists may get those smokers killed.

Jacob Grier is a writer and bartender in Portland, Oregon, and the author of The Rediscovery of Tobacco: Smoking, Vaping, and the Creative Destruction of the Cigarette and Cocktails on Tap: The Art of Mixing Spirits and Beer.