A Department of Justice lawyer in every pot. 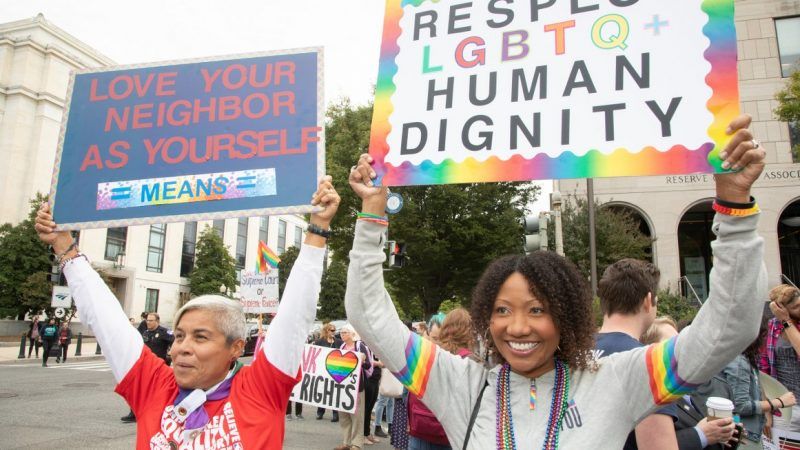 "This is going to be one forum where you're going to hear very little disagreement between the candidates," former Vice President Joe Biden observed. He was absolutely correct.

The too-long, didn't-watch version of last night's summit: Tell us who did you wrong and we'll go punish them.

The moment that's produced the biggest waves in the media is when candidate Beto O'Rourke promised to strip tax-exempt status from churches and religious schools not just for actually discriminating against LGBT people but for simply speaking in opposition to same-sex marriage. The audience applauded, and he added, "There can be no reward, no benefit, no tax break for anyone, any institution, or any organization that denies the full human rights and full civil rights of every single one of us."

Beto O'Rourke on religious institutions losing tax-exempt status for opposing same-sex marriage: "There can be no reward, no benefit, no tax break for anyone … that denies the full human rights and the full civil rights of every single one of us" #EqualityTownHall pic.twitter.com/tjwVGqv5h0

Needless to say, punishing churches for their positions, not just their actions, is thoroughly, unquestionably unconstitutional. It should be absolutely abhorrent to anyone concerned with freedom of speech or freedom of religion.

It shouldn't come as much of a surprise that the candidate who thinks he's somehow going to force Americans to turn in their guns also has little grasp that his tax-exemption plan will get him laughed out of court. If you care about LGBT rights, you should be glad O'Rourke doesn't have a shot: The backlash against him as a nominee would be massive. His response didn't go viral because it's worth praising; it went viral because it's a horrifyingly bad idea that will lead to terrible government abuses.

But this is what you get when the country is locked in a culture war driven by a desire to punish people you disagree with—and when millions of people believe that the president's role is to lead this war. Donald Trump is a symptom, not the cause, of the problem.

Almost every answer to every questioner featured a call for more federal involvement in people's lives. Thursday morning before the town hall, three candidates—Sen. Elizabeth Warren (D–Mass.), Sen. Kamala Harris (D–Calif.), and South Bend Mayor Pete Buttigieg—all released lengthy plans offering not a chicken in every pot for LGBT Americans, but an entire chorus of federal bureaucrats, lawyers, and regulations overseeing every problem. No candidate even gently suggested that any LGBT issue would best be handled locally and not by the inhabitant of the White House. Indeed, when CNN's Chris Cuomo noted that the states, not the federal government, controlled many of these laws and regulations, Harris condescendingly explained that federal laws take precedence over state and local laws.

Of course, for Harris (or any of these candidates) to fulfill promises like passing the Equality Act (which every candidate onstage supported), they'll have to sway Congress. Biden and Sen. Amy Klobuchar (D–Minn.) both called for voters to flip control of the Senate to the Democrats in order to make sure they can get these laws passed. Several candidates talked up the importance of controlling the next Supreme Court nominations. All the candidates promised to overturn Trump's executive orders pushing transgender troops out of military service and permitting some government contractors to discriminate against LGBT people, but nobody wanted to consider the possibility that Trump's ability to make such sweeping changes without oversight is an indication that the office of the president is itself too powerful.

Members of the LGBT community should know better than this. After decades of fighting to be treated as equal members of society, we shouldn't be trying to put the boot of the federal government on the neck of anybody who is not violating our individual liberty. Not getting a wedding cake, or not getting to teach at a Catholic school, is not enough to justify the boot.

Ultimately, the Democratic candidates offered LGBT voters whatever they wanted—so long as what they wanted was more meddling in people's lives. This is not a path to peace or an end to this bipartisan culture wars. It's an escalation. Those of us in the LGBT community who want less government involvement in our lives and want to be left alone to deal with cultural conflicts through voluntary engagement with our opponents—we're all out of luck. There was nobody at this town hall, either among the candidates or the carefully vetted questioners, to represent us.