If Trump wants credit for ending wars in the Middle East, he'll have to actually reduce the number of Americans deployed there. 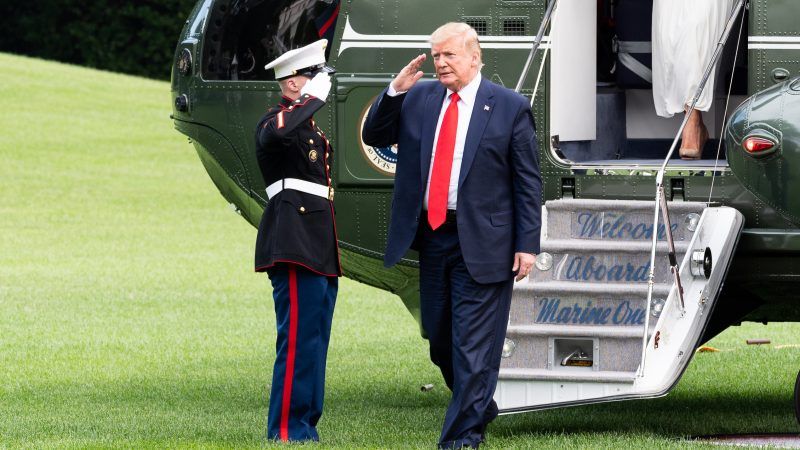 It was just four days ago that President Donald Trump explained his decision to move American troops out of one part of Syria by saying that it was "time for us to get out of these ridiculous Endless Wars…and bring our soldiers home."

On Friday, the Trump administration announced it would be sending about 1,800 additional troops to the Middle East.

BREAKING: Amid Pres. Trump's decision to remove US troops from northern Syria and his vocal criticisms of US military presence in Middle East, the Pentagon announces the deployment of more US troops and weapons to Saudi Arabia "to assure and enhance the defense of Saudi Arabia."

Including the newly announced deployment, the U.S. will have increased the number of troops deployed to the Middle East by 14,000 since May, CNN reports.

Getting out? Bringing them home? Hardly. As Reason contributor Bonnie Kristian pointed out earlier this week, Trump's "haphazard half-measure" in Syria was not a meaningful step toward ending the endless wars. "If Trump is serious about liquidating unnecessary, failed, costly overseas missions," she wrote," he must actually end them."

But Trump says he has "no plans at all" to withdraw American forces from Iraq, where they've been fighting since 2003. His promise to withdraw from Afghanistan has so far failed to materialize (though the administration is involved in negotiations with the Taliban there). When Congress passed a bipartisan resolution that would have cut off American aid to Saudi Arabia's ongoing war in Yemen—a conflict that has triggered a famine, killing an estimated 50,000 civilians—Trump vetoed it.

And whether or not you agree with Trump's move this week in Syria, it should be obvious that moving a few dozen troops from one side of Syria to another is not the same as bringing them home.

Despite President Trump's bluster about ending endless war, he's not ending anything. Our troops aren't coming home; a small number were moved so Turkey could escalate the war. And the president has expanded our role in Saudi Arabia and Yemen, and kept us in Afghanistan and Iraq.

Trump has said the right things about bipartisan support for endless wars, and so far he has resisted the urge to expand America's Middle East quagmire into Iran. But that's simply not good enough. Instead of extracting the country from these messy and unwinnable wars in the Middle East, Trump is sending more troops to boost an authoritarian regime—and risking that they'll be drawn into a head-on confrontation between Saudi Arabia and Iran.