How To Get Gonorrhea 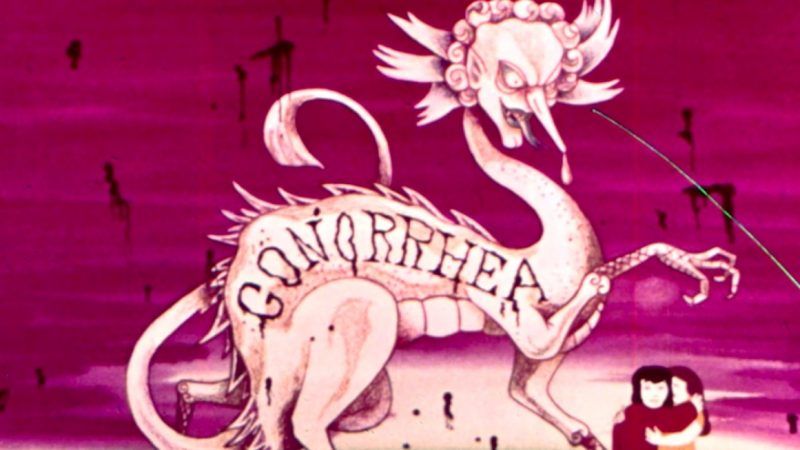 Sex ed got a little schizophrenic in the '70s, tugged in one direction by the sorts of moral strictures that schools had traditionally included in their curricula and in another direction by the anything-goes ethos of the day. That's how you got classroom filmstrips like the unfortunately titled How To Get Gonorrhea, which sounds at one moment like it might be about to start moralizing ("If you are promiscuous, sooner or later you will encounter a partner who has gonorrhea, and you are going to get it") but then starts offering teens tips on how to get tested or treated without their parents finding out.

The good folks at Uncommon Ephemera have been digitizing old filmstrips and posting them on YouTube, and this artifact from 1974 is one of their best finds yet. With psychedelic artwork, a jazzy porn-rock soundtrack, and a V.D. monster whose face, visible at the 0:46 mark, bears a striking resemblance to Monty Burns, here is How To Get Gonorrhea:

The company that produced this—Sunburst Communications—is still around today. But it's now called the Sunburst Technology Corporation, and its chief focus is educational video games. I guess every era tries to shape young minds in its own way.