Most Democrats agreed, though Andrew Yang argued that it made more sense to fund families directly. 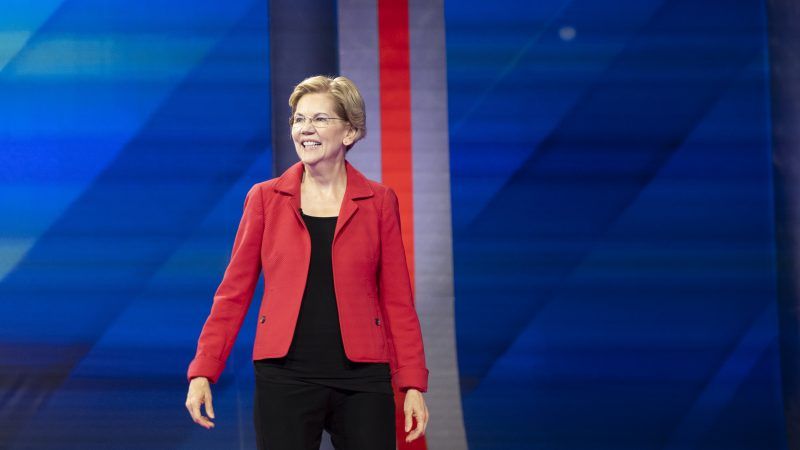 When it came to education policy, most of the Democratic debate participants had one big idea: throw more money at public schools and public school teachers.

Sen. Elizabeth Warren (D–Mass.) vowed to appoint a public school teacher to the position of secretary of education. She said that "money for public schools should stay in public schools, not go anywhere else." This statement eludes the fact that the taxpayers do not fund public schools for the benefit of the schools themselves: The money is supposed to help the children enrolled there. If the schools are failing these kids, perhaps they should be able to spend the money elsewhere.

Warren also touted universal pre-K, even though the gains from such policies are not particularly impressive. Sens. Bernie Sanders (I–Vt.) and Kamala Harris (D–Calif.) echoed her comments about the importance of funding public schools and raising teachers' salaries, ignoring the fact that teachers are often well-compensated, receive good benefits, work fewer hours than other employees, and avoid accountability for negative classroom outcomes. Indeed, teachers make more than the average worker in 20 states.

The most refreshing comments relating to education policy came from Andrew Yang, who made no apologies for supporting charter schools when they deliver better results than the traditional public school system. Yang pointed out that many kids are significantly affected by factors outside the classroom, and thus it would make more sense to give money to families directly.

Former Secretary of Housing and Urban Development Julian Castro and Sen. Cory Booker (D–N.J.) also sounded cautiously pro-reform, though they were careful not to alienate left-leaning constituencies who are skeptical of school choice. Booker has largely muted his previously pro-charter rhetoric: Unsurprisingly, he did not mention that he previously worked closely with current Secretary of Education Betsy DeVos on school choice advocacy (before she joined the Trump administration and he decided to run for president).