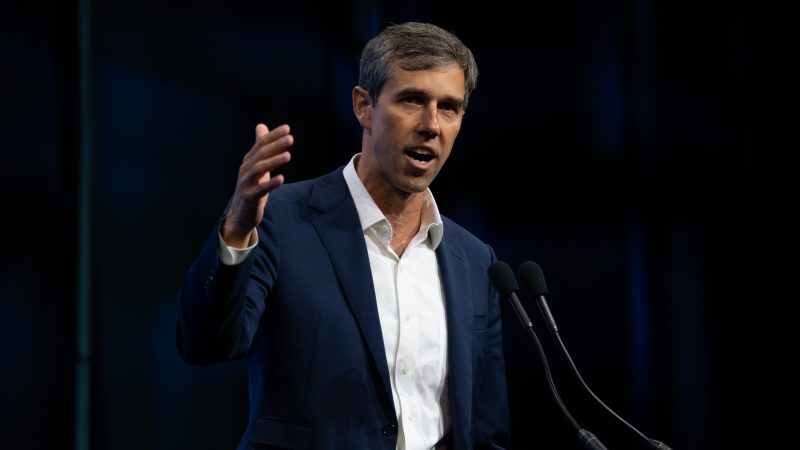 The days when Democratic candidates would promise to restrict gun ownership, but then quickly assure voters they didn't mean your guns seem to be in the past.

During the second hour of Thursday's Democratic primary debate, former Rep. Beto O'Rourke of Texas cut to the chase.

To be fair, it's not the first time O'Rourke has displayed remarkable frankness on the topic. Debate moderator David Muir had asked O'Rourke about comments he made last month, shortly after the mass shooting at a Walmart in his hometown of El Paso, Texas, in which he promised that anyone who owned an AK-47 or AR-15 would "have to sell them to the government."

In passionate answer on gun violence, Beto O'Rourke says, "When we see that being used against children…Hell yes, we're going to take your AR-15, your AK-47. We're not going to allow it to be used against our fellow Americans anymore."https://t.co/INdRXlIwFs #DemDebate pic.twitter.com/XqcbTWvR0m

But O'Rourke also promised that he would make the process an inclusive one, saying that he would "bring everyone in America into the conversation: Republicans, Democrats, gun-owners, and non-gun-owners alike."

Other candidates on the stage Thursday night were less interested in what their opponents—or the Constitution—might have to say.

Moments before O'Rourke's comments, former Vice President Joe Biden had challenged Sen. Kamala Harris (D–Calif.) about the unconstitutionality of her promise to issue an executive order that would limit access to guns during her first 100 days in office. In response, the former prosecutor literally laughed.

"I would just say, 'Hey, Joe, instead of saying "No we can't," let's say "Yes, we can,"'" retorted Harris, borrowing President Barack Obama's famous campaign line. Then she cackled hysterically while Biden responded "let's be constitutional."

Sen. Kamala Harris: "People asked me in El Paso…do you think Trump is responsible for what happened? And I said, 'Well, look, obviously he didn't pull the trigger, but he's certainly been tweeting out the ammunition." https://t.co/INdRXlIwFs #DemDebate pic.twitter.com/hhkpdlYW8u

Harris added that she would not wait for Congress to act because that was leaving Americans at risk from gun violence, and she pointed out how mass shooter drills are traumatizing school children.

On that second point, she's absolutely right. Mass shooter drills are terrible and should not be conducted in schools. But the reason why cuts directly against her first point. Mass shootings are exceedingly rare events—ones that do no justify traumatizing schoolchildren or seizing legal gun owners' firearms.

O'Rourke's idea of forcing Americans to sell their guns to the government has a similar gaping hole in it. What about the people who don't want to sell? As Jon Stokes, one of the founders of Ars Technica and one of the people behind opensourcedefense.org, a post-culture war gun rights collective, recently wrote at Reason, gun buyback programs are mostly futile:

My point is that regardless of what you think of the gun owners who won't comply or the cops who'll inevitably let them off without even a verbal warning, there is no gun registration, gun ban, or gun confiscation that a U.S. Congress can pass and a U.S. president can sign that will be even close to fully complied with or enforced. Not one.

Promising to smash the Second Amendment and laughing at the right of Americans to protect their homes and loved ones, while being unable to fully think through the implications of gun confiscation plans? That's an interesting strategy for turning red states blue.