New HBO documentary is moving … until it wanders into our current politics. 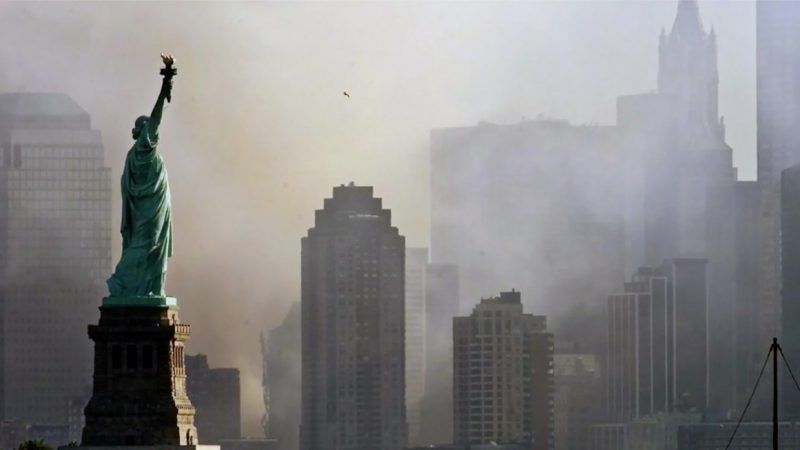 My parents remembered with precision just where and how they learned of the attack on Pearl Harbor. And when I first arrived at college 30 years later, late-night beers in the dorm often led to discussions of what we were doing at the moment President Kennedy was assassinated. It made us feel oh-so-ancient to imagine there were kids in the third grade who hadn't even been born when it happened.

Time and human evil march onward, and millennials have their own grim generational milepost in which the sudden, lethal intrusion of the outside world imposes a sudden burst of maturity: "I was a senior… I was 13… I think I was 15 years old at the time."

Anybody in their mid-30s will instantly recognize the subject: the 9/11 attacks, their generation's where-were-you definitional moment. But in this case, the moment was intimately personal: These were teenagers who watched 9/11 not on television but out their schoolhouse window.

The storied Stuyvesant High (its alumni include Jimmy Cagney, Thelonious Monk and four Nobel winners) is a magnet school just three blocks from the old site of the World Trade Center. Because the school stayed intact during the September 11 attacks and no one there was hurt, Stuy, as it's known to its students and teachers, has largely been overlooked in journalistic accounts of that day.

Now the Stuy kids have what amounts to a video yearbook. In the Shadow of the Towers: Stuyvesant High on 9/11 is told entirely in their words. And though they're now doctors, lawyers, investment bankers and marketing executives, their words still echo with the sense of awful wonder they felt as their childhood ended that day.

One of them remembers hearing a metal-rending screech from outside and thinking a truck had backed over some garbage cans. When it became apparent that something much worse had happened, classroom TV sets went all over the school, and a number of kids had the blood-chilling novel experience of seeing a second plane hit the south tower, followed moments later by an instant replay on television.

Another student was puzzled by blurry video of what seemed to be bits of debris dropping from the towers as they burned. "What is that?" he asked others. "What's falling?"

As the cameras sharpened their focus, the outlines of human beings plummeting from the upper floors popped into clear view. And suddenly it occurred to the student that the answer to his question might be "my uncle," who worked on the 86th floor of one of the towers. He does not even try to describe his agonized shriek.

(Don't sit around waiting for a surprise happy ending; 9/11 wasn't that kind of day. The uncle's family never saw him again.)

As the towers continued to burn and, eventually, collapse, Stuy administrators closed the school and sent the students home. With buses and subways shut down, for most of the kids it was an 8-to-10 mile trudge suffused with ash and dust and abject ignorance—in 2001, cell phones were still rare among teenagers, and they had little idea what had happened.

When one boy allowed a group of his classmates to take turns calling their families from his clunky Nextel mobile phone, the conversations were not reassuring. "Please, please, just survive," sobbed one father. The students quickly learned that rogue airliners weren't the only threat. Several of them remember a man on the sidewalk pointing at a Stuy girl wearing a hijab and bellowing: "Bitch!"

It's at this point that Shadow of the Towers goes off the rails, turning from a credible, if not necessarily remarkable, reminiscence about a brutally painful day to simplistic immigration agitprop. I've no doubt the know-nothing bully on the sidewalk existed and their encounter with him, under those circumstances, was terrifying.

But it seems unlikely that the only political lesson any of the Stuy kids drew from 9/11 is that it resulted in racist immigration restrictions. Surely producer-director Amy Schatz talked to at least one former student who said something about the nature of jihad or fallout from U.S. foreign policy, or cursed out Osama bin Laden.

Yet not a single word of that made its way into her film, just as not a single word of doubt about the merits of gun control could be heard in her last one, Song Of Parkland, a documentary about survivors of a Florida school shooting. What does come through, loud and clear, is the sound of Schatz fluffing up the progressive corsage on her sleeve.