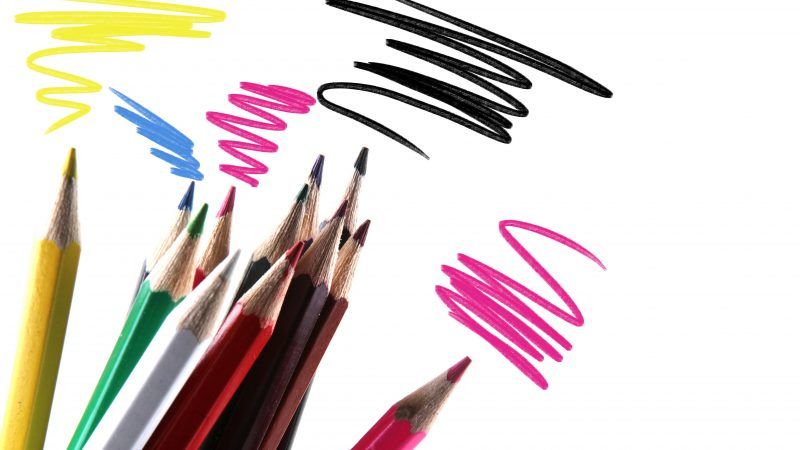 As the father of a kid who has attended a charter school, was homeschooled for five years, and is now enrolled at a private high school, I have an obvious enthusiasm for education options beyond what's offered by government schools. So, it pleases me to see that public support continues to grow for vouchers and tax credits that would help families pay tuition at independent schools, and for charter schools that enjoy a significant degree of independence while still being publicly funded.

Drawing on in-house polling, Harvard University's EducationNext finds steadily rising support for both education options and public schools. But the data comes with interesting caveats that suggest affection for government schooling and its minions takes a hit the more people know.

"Support for school vouchers has shifted upward," notes the organization, "and tax-credit scholarships along the lines proposed by the current administration now command the support of a sizable majority of adults."

Vouchers make per-pupil funding portable so that families can use the money to pay tuition at schools of their choice. EducationNext asked respondents about both targeted vouchers, intended for low-income families, and universal vouchers usable by anybody; pollsters found increasing enthusiasm for both. Targeted vouchers win the support of 49 percent of those polled, with 55 percent supporting vouchers that would benefit all kids.

Tax credits are a bit different, allowing individuals and/or corporations to write off donations to foundations that provide scholarships to students who attend private schools. One advantage of tax credits is that the money remains entirely in private hands, reducing government leverage over independent schools so that they can focus on pleasing families and not bureaucrats.

Fifty-eight percent of those polled approve of such tax credits. That follows on similar trends in last year's poll, indicating a seeming national movement toward support for education options.

"For more than two decades after the first charter school opened its doors in Minnesota in 1992, charters seemed to be the one choice initiative backed by Democrats and Republicans alike," points out EducationNext. But with Democratic candidates, teachers unions, and some progressive organizations rallying against charters, support has plummeted on the political left. "Republicans are as committed as ever to charter schools… Simultaneously, Democrats have backed away from charter schools."

Perhaps unsurprisingly, the strongest support for education options comes from racial and ethnic minority families who often have the most experience with poor quality government schools. "Large pluralities of black and Hispanic Democrats support targeted vouchers, universal vouchers, and charter schools, while less than half of white Democrats support vouchers and less than a third support charters," reports EducationNext.

Personal experience and deeper knowledge certainly play a role in people's eagerness to support government-run institutions, too. That is, the more familiar they are with the details of public schools, the more skepticism they voice.

For starters, the teachers unions' #RedForEd national push for higher pay seems to have had a big impact on public opinion. Among the general public, 72 percent support higher pay—up significantly since 2017. But that drops to 56 percent when respondents are told what teachers currently earn.

"The higher level of endorsement for boosting teacher salaries among the 'uninformed' respondents reflects the fact that most Americans believe that teachers are underpaid and earn far less than they actually do," says EducationNext. "When asked to estimate average teacher salaries in their state, respondents' average guess came in at $41,987—30% less than the actual average of $59,581 among our sample of educators."

Likewise, "public support for higher levels of school spending has also grown over the past two years." And again, that seems to be largely a function of uninformed assumptions about the level of existing funding.

"Among those not told current levels of expenditure, 62% think K–12 spending should increase, 8 percentage points higher than in 2017," notes EducationNext. But that number drops to 50 percent among those informed of current funding levels.

For what it's worth, per-pupil spending in public schools increased for five years in a row (as of the latest Census Bureau figures), to an average of $12,201 per student in 2017. Expenditures increased by 3.7 percent from 2016 to 2017, compared to an inflation rate of 2.1 percent.

Information also affects perceptions of school quality. Just as minority families who have good reason to be disappointed in public schools voice strong support for education options, those who actually attend public schools express lower opinions of them:

Real-life experience leaves quite a mark.

Speaking of which, my family has considerable real-life experience with homeschooling, which was included in EducationNext polling only in 2017. I'm happy to say that this option also won approval. "Forty-five percent of respondents support the home-schooling option, with just 34% opposed," the organization reported.

That said, a majority did want homeschoolers to seek school district approval, which would put us under the thumbs of our competitors. No, thanks.

My family has chosen its independent education path because we are familiar with the public system, aren't impressed, and don't require either its services or its permission. But we're also fortunate in that we have the will and the resources to opt out and choose appropriate education options for our family. And obviously, we're not alone in looking for alternatives. As the EducationNext polling numbers show, Americans are ready to expand the range of options available to many more families so they, too, can choose education options that work for their kids.