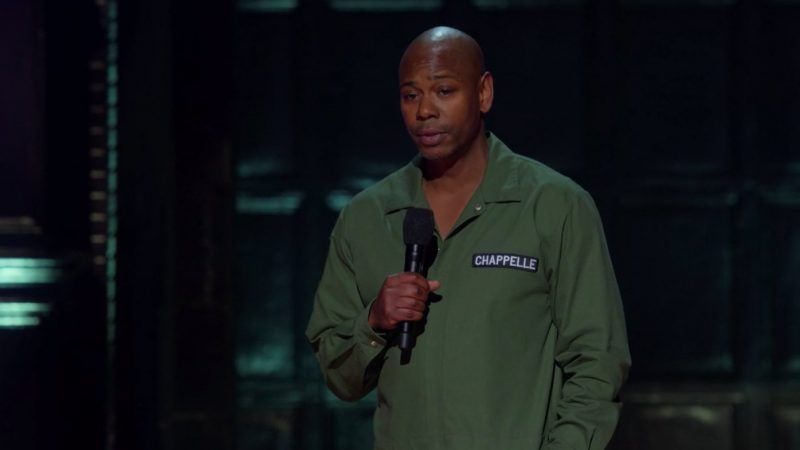 I don't expect cancel culture to die off anytime soon, but if it does, it will be because Dave Chappelle shot it to death with the 12-gauge shotgun he was apparently saving for heroin-addicted white people trespassing on his property.

In his new Netflix special, aptly titled "Sticks and Stones," Chappelle takes aim at the woke scolds, and he's firing buckshot because birdshot, well "that won't kill a man." Here's one of his first jokes:

Chappelle humorously critiques school mass shooting drills, Jussie Smollett, the excesses of the #MeToo movement, and LGBTQ activists—or "the alphabet people" as he calls them—for thinking they should be immune from mockery.

As if proving his point, the usual suspects in the media are already denouncing Chappelle. Vice accuses him of "tarnishing his own legacy." The Ringer contrasted Chappelle with Aziz Ansari: The latter is "circumspect and performatively torn" in his latest comedy routines, while the former is regrettably "openly combative." That Ansari is required to beg for forgiveness after being publicly smeared by clickbait-driven hacks—and to remain grateful for this second chance—is exactly the kind of insanity Chappelle is deftly skewering.