Olive Garden, Fake News, and the Rise of 'Conspicuous Non-Consumption'

The chain restaurant has been falsely accused of supporting Donald Trump. But truth may be no match for the online outrage mob. 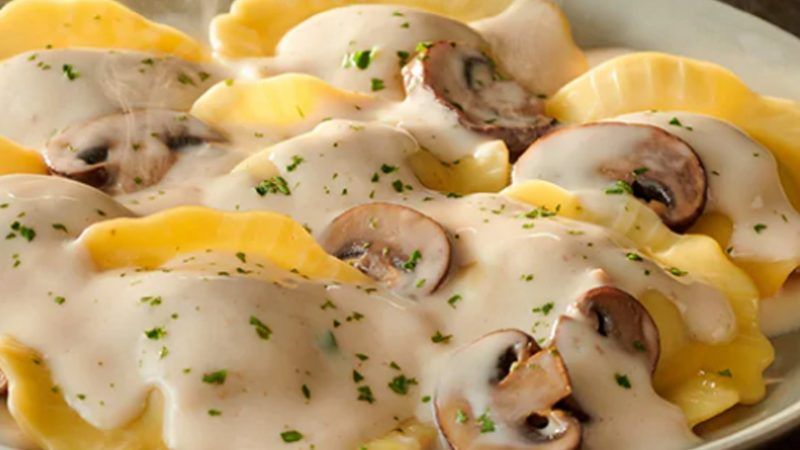 It sucks to be Olive Garden right now. The fast-casual restaurant chain is busy fending off an online boycott campaign based on the mistaken notion that it and its parent company, Darden, are big supporters of Donald Trump and his bid to get reelected in 2020.

The origin of the fake news is a tweet, since deleted and disowned, by a California college professor who is a self-proclaimed member of #TheResistance but who claims she was hacked. "Olive Garden is funding Trump's re-election in 2020," read the original tweet, which appeared on Sunday, August 25, and amassed over 50,000 retweets in about 24 hours. "It would be terrible if you shared this and Olive Garden lost business." As of this writing, #BoycottOliveGarden is still flourishing on Twitter and the restaurant's official feed is busy responding to misinformation that is every bit as bottomless as its soup, salad, and breadsticks. 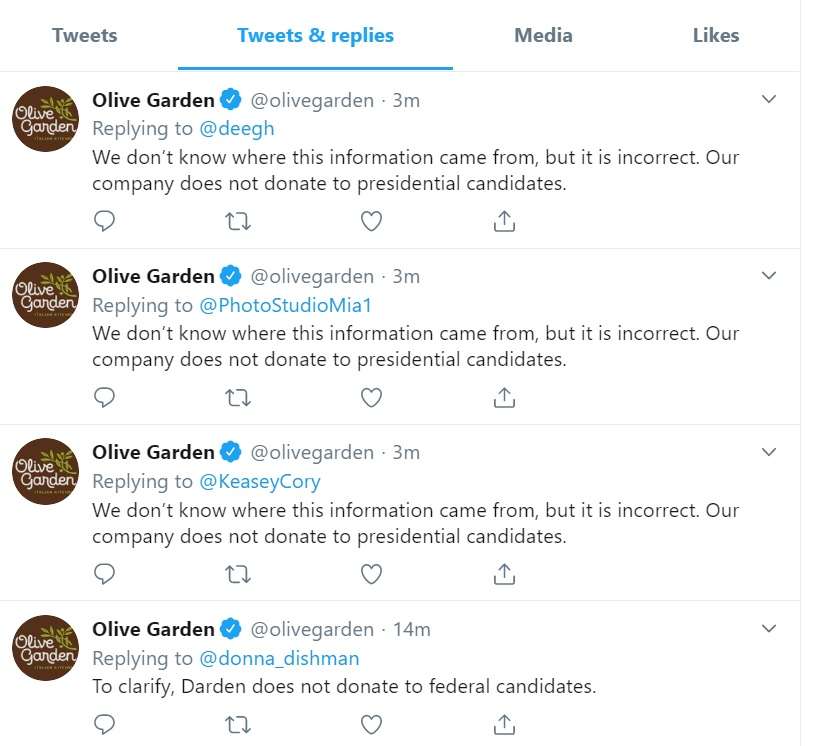 The Olive Garden story sits at the intersection of fake news and what might be called conspicuous non-consumption. As with the recent outrage over one of the major shareholders of Equinox gyms and SoulCycle holding a fundraiser for Donald Trump, opponents of the president have been calling for an absolute boycott. That Olive Garden and Darden, which also operates other chains such as Longhorn Steakhouse and The Daily Grille, doesn't actually support Trump is no small matter, but it may be one that really doesn't matter very much, at least to most consumers. There's no reason to believe that Equinox and SoulCycle will see any significant downturn, and it seems unlikely that Olive Garden's receipts will suffer, either.

But this episode underscores two realities that are somewhat at odds with one another. First is the basic fact that politically motivated consumer boycotts rarely achieve their goals of punishing a corporation via reduced sales or decreased shareholder value. When they are effective in changing corporate behavior, such as attacks in the 1990s on Nike for using child labor, it's because they use a company's image and professed ideals against itself. Second is the idea that virtually all economic activity these days is symbolic and thus open to political and ideological motivation. In almost every case, consumers have all sorts of options, meaning we can easily direct our dollars toward businesses that we think share our values. If we don't like Walmart for whatever reason, we can shop at Target instead. If we find Chick Fil A objectionable because its owners don't support marriage equality, we can go to Popeye's (whose owners apparently don't have a position on that issue). And on and on.

This is thus the golden age of corporate social responsibility, with an increasing number of companies devoting time and energy to more than their bottom lines (read Reason's 2005 debate among Whole Foods CEO John Mackey, Nobel laureate Milton Friedman, and Cypress Semiconductor's T.J. Rodgers for a prescient take on the matter).

The flip side is that such intentional consumption is absolutely exhausting. Which is one more reason why ideologically motivated boycotts, especially when they are based on observably false premises, tend to wither and curdle on the plate, not unlike Olive Garden's fettuccine alfredo. Politicizing every purchase makes an intuitive sort of sense, but as with politicizing everything all the time, becomes so tedious it can cause a sort of nihilism that ultimately undermines our ability to make important distinctions in our lives.