Rising temperatures are mostly happening in the winter and at night. 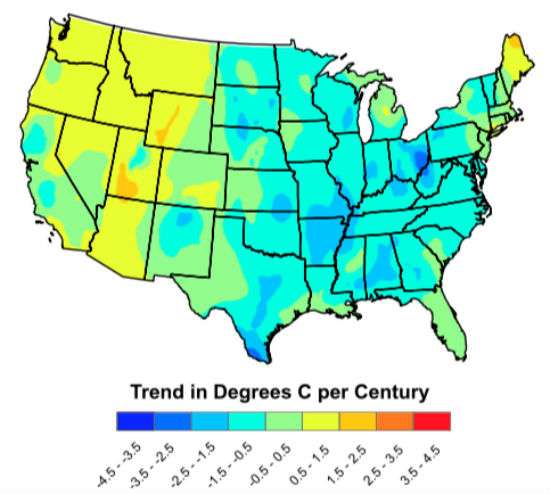 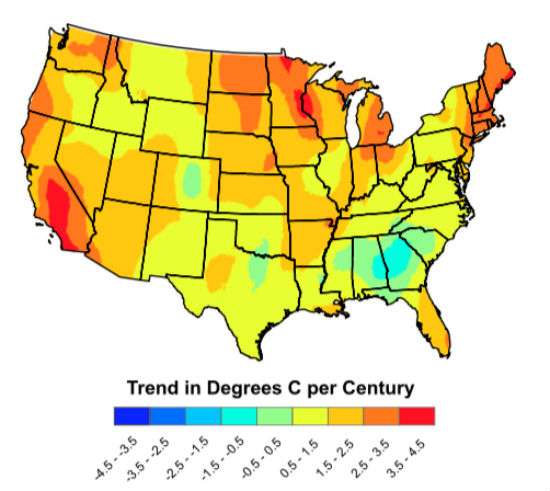