A New Front in Trump's War on Amazon 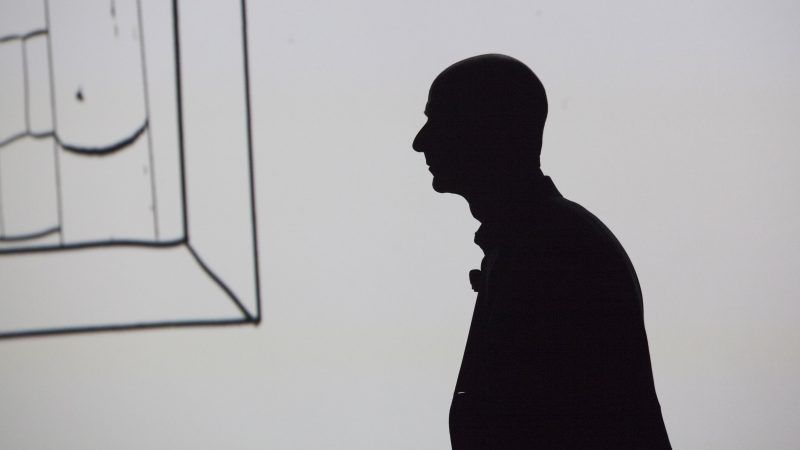 A $10 billion tech contract with the U.S. military is under review, in what many perceive as a political move by President Donald Trump against Amazon.

In mid-July, Trump said his administration was looking into the Pentagon's likely decision to award the contract to Amazon Web Services, amid "complaining from different companies like Microsoft and Oracle and IBM."

"Amazon Web Services, which virtually created the cloud computing industry and has long provided cloud services to the Central Intelligence Agency, has always been seen as the strongest competitor," reports The New York Times. But Trump—a frequent Amazon critic—told reporters in July that "great companies are complaining about it, so we're going to take a look at it. We'll take a very strong look at it."

This week, a spokesperson for Secretary of Defense Mark T. Esper announced that the contract would be postponed while Esper was "looking at" it further. No word was given on how long that will take or whether the White House had in fact intervened.

Google had initially been in the running for the contract, but it "pulled out amid employee opposition to military work, though many analysts said it was unlikely to win the project because it lacked the right security credentials," says the Times.

IBM and Oracle had also been vying for the contract, but the Department of Defense said in April that they were no longer being considered and the contract was between Amazon and Microsoft.

.@TulsiGabbard on Kamala Harris: "Honestly it's pathetic that when confronted with the facts & the truth about her record that she claims to be proud of as a prosecutor, as AG of CA, all she can do is lob cheap smears." @HillTVLive https://t.co/fkdlrEjcGa pic.twitter.com/veHrmsK0rO

New York based Locast offers viewers access to over the air broadcasts via the internet to roughly 13 cities (about 31% of the US market). Its website notes the operation is funded by donations and that access to this content (again, already accessible for free via an antenna) should be a consumer "right" given that US consumers technically own the airwaves these programs are broadcast over.

Locust is "funded in part by AT&T and Dish Networks" and "was developed by former FCC lawyer and media executive David Goodfriend, who…designed the service entirely from the ground up in a bid to try and comply with (and test the logic of) the current legal minefield," notes TechDirt. Goodfriend told The New York Times: "We really did our homework. We are operating under parameters that are designed to be compliant within the law."

This was so painful to read. Incredible reporting by @laurenk_gill on the death of Madison Jody Jensen, who died of dehydration at the Duchesne County jail. A jail nurse has been charged with negligent homicide. https://t.co/40IbNBrE3Y