Mike Gravel Ends His Unorthodox Twitter Campaign for the Presidency 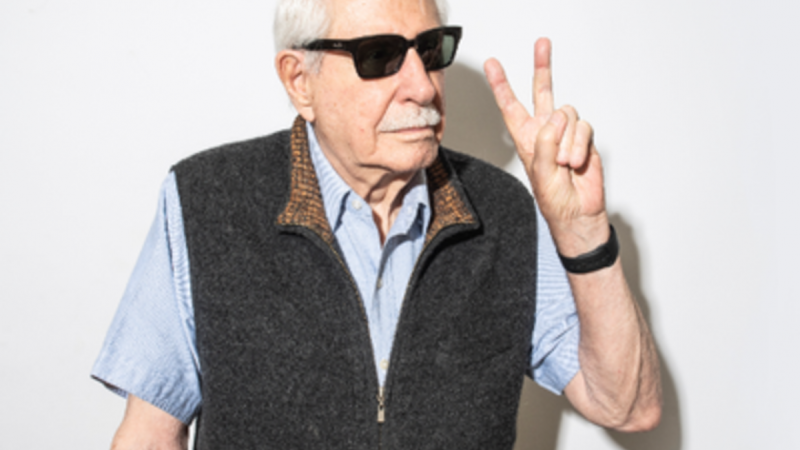 Mike Gravel, the quirky 89-year-old former senator from Alaska, is shuttering his campaign for the Democratic presidential nomination.

The DNC kept us off the stage tonight even though we qualified, but the #Gravelanche is not over. We're gonna keep going.

As the campaign ends, we're going to help build institutions on the left which can grow power, shape policy, and create strong activists for the long haul.

Gravel served in the U.S. Senate from 1969 to 1981, and he ran for president once before, making unsuccessful bids for the Democratic and then the Libertarian nominations in 2008. Although he never appeared on a debate stage this time around, Gravel garnered attention for his eccentric campaign strategy: His operation is spearheaded by two teenagers, and the former senator did not leave his house in pursuit of his White House ambitions.

"No party's gonna carry me other than these kids," he told Reason in June, referring to David Oks and Henry Williams, the two teens at the heart of his campaign. "But I'm gonna have a patio campaign. I'm gonna sit on my patio, and see what happens."

He was ready and willing to make a debate appearance, though. Gravel hit the 65,000-donor threshold for the July matchup, but he did not meet the 1 percent polling requirement. While candidates were only required to hit one mark to qualify, only 20 slots were available, with 21 presidential hopefuls checking off at least one box. The Democratic National Convention prioritizes polling results over donors, making Gravel the one candidate to be excluded.

Gravel told Reason that he wants to see federal marijuana legalization enshrined via constitutional amendment. He also said he wants to eradicate private health insurance in service of a single-payer system. And Gravel—who famously read the Pentagon Papers into the Congressional Record in 1971 and who fiercely criticized the Iraq war during his previous presidential run—positioned himself as a committed foe of the military-industrial complex, calling among other things for ending the drone war, pursuing normal relations with North Korea, closing all military bases abroad, ending all aid to Saudi Arabia, and pulling out of the fights in Yemen and Afghanistan.

Though the former senator is retiring from the race, he—and his online teens—are not letting the sun set on his career. They plan to create the Gravel Institute, a think tank that will write policy papers on "ending the American empire," "reforming our Democracy," and "direct action by elected officials to end injustice and suffering."

"We need to keep up Mike's fight until the wars are over, until no one is too poor to live, until the people's voice is heard," the teens tweeted.