The Mexican factories Warren loves to attack are putting damn good guitars in the hands of America's young and cash-strapped musicians. 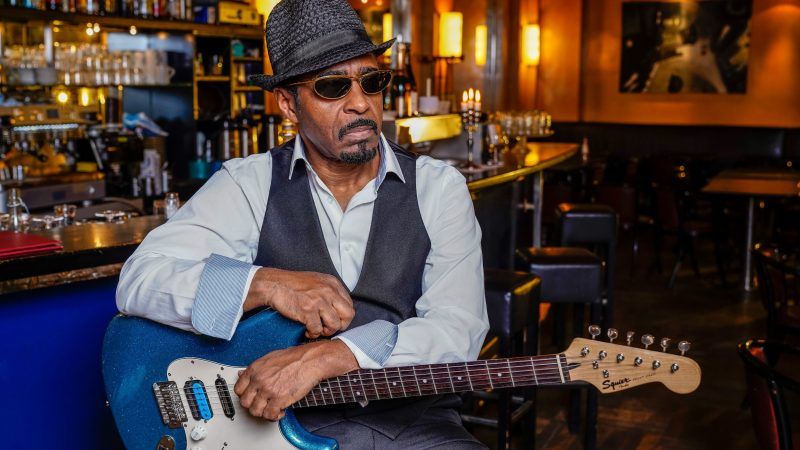 I thought about the Ensenada factory last night while listening to Sen. Elizabeth Warren (D–Mass.) decry Mexican factories during the Democratic primary debate in Detroit.

"You know, for decades, we have had a trade policy that has been written by giant multinational corporations to help giant multinational corporations," she said. "They have no loyalty to America. They have no patriotism. If they can save a nickel by moving a job to Mexico, they'll do it in a heartbeat. If they can continue a polluting plant by moving it to Vietnam, they'll do it in a heartbeat….I have put out a new comprehensive plan that says we're not going to do it that way."

While Fender is an iconic American company whose instruments played a major role in developing some of America's most iconic musicians—Jimi Hendrix, Dick Dale, Chrissie Hynde, Eddie Hazel, Stevie Ray Vaughan, Merle Haggard, Albert Collins, Bonnie Raitt—it is, in fact, exactly the kind of company Warren decried as having no loyalty and no patriotism because it is a "multinational corporation" that uses foreign factory labor to make money. And thank God for that, because if making guitars outside America was not a profitable venture for Fender, their guitars would not be affordable to the vast majority of Americans who play.

No mass-market American guitar company exclusively sells American-made guitars because American musicians can't and won't pay for them. "Regulations and the general cost of doing business make it nearly impossible to do an affordable 'working man's' guitar" in California, Schecter Guitar Research President Michael Ciravolo said in a 2017 interview. While Schecter does manufacture higher-end guitars in California, "95 percent of our artists play our Korean-built Diamond Series guitars. These are guitars that most players can afford and walk into any store around the world and get the EXACT guitar or bass that Syn Gates or Nikki Sixx play."

Gibson, America's other iconic electric guitar powerhouse and the biggest American market share owner after Fender, makes its Epiphone guitars in Qingdao, China. The same foreign factory model is used by the other guitar brands Fender owns, and all of America's smaller mass-market electric guitar companies. From PRS to Ernie Ball Music Man, to G&L, Schecter, and ESP. Every last one uses overseas factories to offer tiered pricing and "save a nickel," as Warren would say. As a result, the parents of a teenage St. Vincent fan who can't afford her American-made signature model from Ernie Ball Music Man, which retails for $2,249, might be able to swing the $539 St. Vincent model expertly crafted in Indonesia by the company's Sterling subsidiary. Still too much? The used market for instruments made overseas is a buyer's market, which means American musicians who can't afford a brand new $539 Sterling St. Vincent can find it used for a hundred (or more!) less.

Consider, again, that $1,099 is the price of Fender's cheapest American Strat, and that's before sales tax. If the company were to shift all of its production capacity back to the U.S., it would likely employ many fewer people than it does now, because labor and regulatory compliance cost more in American than they do in Mexico, China, and Indonesia. This is why Fender's current American guitars cost the most, and why the cheapest Fender guitar in an "America only" scenario would likely cost more than $1,099, assuming Fender could survive the transition. Imagine being 13 and watching John Frusciante or Bilinda Butcher on YouTube and not being able to find a cheapie Squier Strat or Jazzmaster on Craigslist. "American only" means fewer players, which means less music, which would suck.

We should instead be celebrating the business model used by guitar companies. Having played guitars from all three of Fender's factories, as well as foreign-made guitars from Yamaha, Epiphone, and PRS, I am happy to report that the men and women of Mexico, Korea, Vietnam, Indonesia, and China produce guitars that rival those made in America and Japan, once the only two countries considered capable of consistently producing quality electric guitars at mass-market scale. Again, there are real differences, and American and Japenese instruments are generally the nicest of the bunch. But those differences are impressively and delightfully inconsequential to all but the most discerning players, and many foreign-made guitar shortcomings can be addressed with a little elbow grease (and, to be quite honest, a little practice on the instrument). I love the heck out of my Ensenada guitar, and I have deep respect and gratitude for the people who work in that plant. They are skilled and prodigious and I'm sorry that one of my country's presidential candidates suggested that they should be out of work simply because their bosses are American and they are not.

More sales of overseas guitars mean more guitar lessons and more guitar repairs. It also means more guitar music. Those opportunities do not exist at today's scale in a world where "multinational corporations" are forced to build all their guitars in America.