The professor's immigration views are wrong, but removing her would compromise academic freedom. 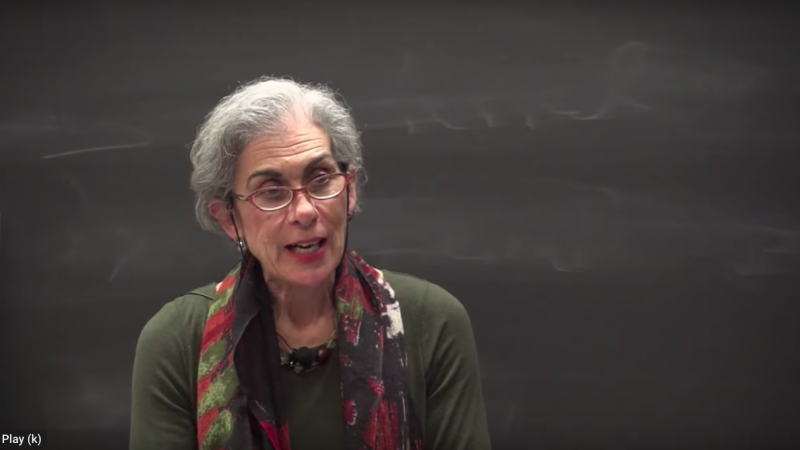 Pennsylvania Law School Professor Amy Wax is known for generating controversy, and she produced a fresh round of outrage earlier this month when she spoke at the National Conservatism Conference in Washington, D.C.

Wax was accused by Vox's Zack Beauchamp of making "an outright argument for white supremacy." In her remarks at the conference, Wax claimed that the U.S. should be wary of immigrants who do not share the cultural values of native-born Americans. Prioritizing immigrants who do share our values, according to Wax, would mean prioritizing immigrants who come from countries that are disproportionately European, Christian, and white. "Embracing cultural distance, cultural distance nationalism, means in effect taking the position that our country will be better off with more whites and fewer nonwhites," said Wax. "Well, that is the result, anyway."

Those who have defended Wax argue that her remarks were not racist because she isn't literally disparaging immigrants for their non-whiteness—she just thinks undesirable immigrants are likely to be non-white. This seems like a distinction without much of a difference.

Whether or not Wax's immigration views may properly be described as racist, they are clearly ignorant. Even from a conservative perspective, it's not necessarily the case that white European nations are the best cultural match for the U.S., as both Rod Dreher and David French have noted.

Criticism of Wax is perfectly fair and well-deserved. But many people—including many Penn students and alumni—want the university to fire her. Students have created several petitions, according to The Daily Pennsylvanian:

Rising first-year Penn Law student Randy Kim, who also signed LALSA's statement, said, "It's outrageous that this person's employment at a private institution is being protected under the guise of protecting scholarly disagreement and free speech."

Wax has tenure, though, which protects her academic freedom. So far, Penn's administration has appeared to recognize that it cannot actually fire her, and instead has resorted to stripping her of mandatory teaching assignments. She will also take a year-long sabbatical.

Kim and 2019 Penn Law graduate Bill Fedullo acknowledged the University's "difficult position" given Wax's status as a tenured professor. Both students, however, said the University should end Wax's teaching duties if she cannot be fired.

"It seems very reasonable to say that she should not be able to teach or interact with any students whatsoever," Kim said.

The thinking here must be that Wax's immigration views are so odious that students should not be required to take any of her classes—that college is meant to be a place where students never feel uncomfortable or offended by the views of their professors. For more about student-activists' attempts to enact this vision of the emotionally "safe" campus, read my new book, Panic Attack: Young Radicals in the Age of Trump, which received a rave review in The Guardian this week.