Sanders, Warren Compare Capitalists to Vampires, but Socialism Is What Really Sucks

There's a risk that if Warren and Sanders do get their way, the sucking sound will be of talent and capital fleeing America for other jurisdictions where they will be treated better. 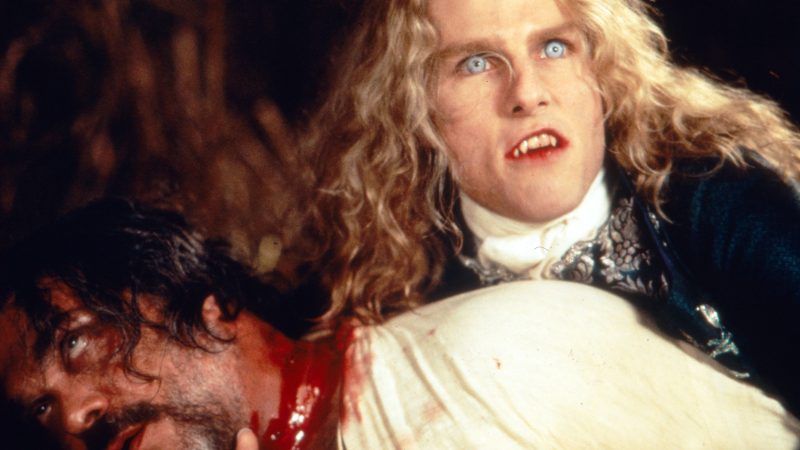 At the Democratic presidential debates this week and as the campaign heats up in the months ahead, listen for the word "suck."

Sen. Elizabeth Warren (D–Mass.) has been using it frequently in connection with health care. In the first round of debates she said, "the insurance companies last year alone sucked $23 billion in profits out of the health care system."

She also uses the term for those in the financial sector more broadly, beyond health insurance. Recently, Warren issued a plan to "rein in the financial industry so it stops sucking money out of the rest of the economy."

"The private equity firms are like vampires—bleeding the company dry and walking away enriched even as the company succumbs," Warren said.

This image of businessmen as bloodsuckers has a long and ugly history. Karl Marx used it: "Capital is dead labor, that vampire-like, only lives by sucking living labor, and lives the more, the more labor it sucks."

Sen. Bernie Sanders (I–Vt.) has his own v-word derogatory nickname for capitalists. Earlier this month he tweeted, "We must ban private equity funds and Wall Street vulture funds from owning hospitals."

In 2017, Sanders posted on Facebook, "Wall Street vulture funds should not be allowed to make huge profits off the misery of the Puerto Rican people while they are dealing with a humanitarian crisis."

Vampire or vulture, the language from the presidential candidates gets picked up by people and then directed at particular investors. Earlier this month in Boston, Puerto Ricans rallied in the streets, according to a report by WBUR's Simon Rios. They were singling out Seth Klarman and his Boston-based hedge fund Baupost. "You can hear them starting to chant in the background….The protesters are referring to these investors as vulture capitalists, making profit off of the bankrupt Puerto Rican economy," Rios narrated for listeners of WBUR, a National Public Radio affiliate based at Boston University.

What's the problem with this sort of language?

For starters, it's more than a bit hypocritical. Sanders and Warren are both campaigning for huge tax increases on the private sector to fund bigger government. If anyone's acting like a bloodsucking vampire or vulture, it's them.

It's also hypocritical in the sense that one line of Democratic attack against President Trump has been faulting him for coarsening the public discourse and for dehumanizing, insulting, and scapegoating vulnerable minority populations. Some people assert that it's different to target a rich insurance company executive or hedge fund manager than it is to target a poor Mexican or Muslim immigrant. There may be some differences, but there are also some similarities. Those similarities aren't particularly attractive. If the Democrats are going to be slinging around this sort of language, it erodes some of their standing to be critical of Trump's rhetoric.

The language is potentially dangerous. Demonizing the investors or insurance company executives or depicting them as less than human could lead to violence against them. Similar language was deployed by communists and fascists in the 20th century, with deadly results.

Warren complains that the financial industry is too large a share of the economy. Paring it back in the way Sanders and Warren propose, though, would require shifting some of its present functions, such as health insurance and even some banking functions, to government. The result could be a government that is too large a share of the economy. Such a set-up historically has been detrimental both to liberty and to economic growth. There's a risk that if Warren and Sanders do get their way, the sucking sound will be of talent and capital fleeing America for other jurisdictions where they will be treated better.