Conservative Nationalists, Not Immigrants, Are Having Trouble Assimilating in America 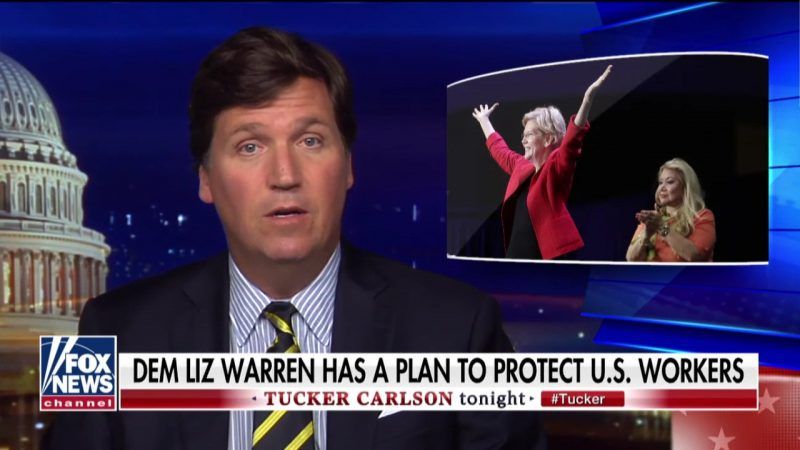 The restrictionist right's standing rap against non-Western immigrants is that they come from statist countries and lack the cultural DNA to assimilate into America's system of free enterprise, democracy, and individual liberty. But it is the new right, following President Donald Trump's lead, that is taking a hammer to the system. Conservatives who care for their movement's integrity and their country's identity ought to worry less about imaginary external threats and more about the real ones emerging from their own camp.

Restrictionist conservatives have long insisted that their problem with "mass immigration" from Mexico, Asia, and the Middle East isn't that their natives are racially different but that they're culturally different. They believe that Latinos come from statist polities and are therefore too susceptible to the lure of Big Government social programs and handouts, if not outright socialism. "Most of the millions of immigrants we have welcomed came from countries where the only government they knew was one that made all the decisions about economic and social policy," lamented the late conservative doyen, Phyllis Schlafly. "The current level of legal immigration to America adds thousands of people every day whose views and experiences are contrary to the conservative value of limited government." Meanwhile, conservatives warn that letting in too many Muslims will lead to blasphemy laws and fatwas dooming America's commitment to religious liberty and free speech.

Even someone like the National Review's Charles C. Cooke, a libertarian-minded British immigrant who is far from a reflexive restrictionist, finds such concerns sufficiently compelling that he thinks it is entirely appropriate for the U.S. citizenship test to ask new entrants to attest that they are not communists or subversives and would respect religious liberty, even though, arguably, such inquiries about personal beliefs violate the spirit—if not the letter—of the U.S. Constitution.

Given how zealously the American right has guarded America's core freedoms from foreigners, it is beyond ironic that it elected a president who tramples on them on a daily basis.

While conservatives have been worrying about importing socialism from abroad, Trump is foisting on the country what Nobel laureate F.A. Hayek, a conservative hero (until now), considered its equally dangerous collectivist twin, economic nationalism.

Under the guise of America First, Trump has basically given up on the free market. He has dedicated his administration to concocting manifestly bogus national security rationales to slap tariffs on America's trade partners that don't agree to his terms for doing business. And then he has tried to placate American farmers and industries hurt by retaliatory tariffs with billions of dollars in countervailing handouts. He has tried to order companies such as General Motors to desist from shuttering unprofitable plants to keep his jobs numbers up. And in an even bigger affront to free market capitalism, Trump has tried to strong-arm companies such as FoxConn to set up shop where his base resides. In short, Trump is going beyond crony capitalism to command capitalism.

But it isn't just the free market that Trump is trampling. He's trampling free speech. Even as he lambasts immigrants from "shithole" countries, he echoes tinpot Third World dictators that call the press the "enemy of the people." He routinely questions whether news he deems to be "fake" or "crooked" or "dishonest" ought to be constitutionally protected. And he has repeatedly fantasized, including at a recent social media conference at the White House, about siccing the regulatory state on big tech platforms that allegedly "censor" conservative viewpoints—a fantasy that his Department of Justice acted on this week when it opened an antitrust investigation against Google, Amazon and Facebook.

And now he's getting personal. He attacked Somali-born Rep. Ihan Omar (D–Minn.) by name at a campaign rally and invited her to return to her country for criticizing his policies, beaming as the conservative faithful issued their own fatwa with chants of "send her back."

One would have thought that conservatives would recoil in horror that Trump is turning his back on practically everything they have spent the last half a century fighting for and rededicate themselves to looking for ways to restore the "conservative value of limited government." But one would be wrong. In a conservative version of wokeness, they are positively giddy about the possibilities for deploying state power that Trump has opened for them.

At a recent gathering of conservative luminaries in Washington, D.C., even as the University of Pennsylvania's Amy Wax lamented the failure of non-Western immigrants who litter and talk too loudly to culturally assimilate into America, Yoram Hazony, an Israeli citizen and author of The Virtue of Nationalism, who is fast becoming the intellectual godfather of the neo-right, intoned that it was time for conservatives to "declare independence…from what they call classical liberalism." Given that Thomas Jefferson essentially relied on classical liberalism when he asserted in the Declaration of Independence that the government's job was to protect the God-given and inalienable rights of individuals but otherwise leave them alone to pursue their life, liberty, and happiness as they saw fit, Hazony's wording was explicitly calculated to invite conservatives to turn their back on America's founding. But did the audience break into chants of "send him back"? No. It applauded in approval.

Not to be outdone, Fox News host Tucker Carlson, a former libertarian who has taken to delivering fire-and-brimstone sermons against the evils of market capitalism that would put the jeremiads of the loudest mullahs against the ills of capitalistic usury to shame, declared to a rousing ovation that the "main threat to your ability to live your life as you choose, does not come from the government, but the private sector." If an immigrant had said anything like that, Schlafly would have wasted little time branding them unfit for America.

The emerging consensus among smart-set conservatives is that if there is anything wrong with Trump's protectionism, it's that it is not radical enough. Trump, apparently, is still too concerned about global supply chains and productivity. What the country needs, Hillbilly Elegy author J.D. Vance argues, is an ambitious industrial policy dedicated to rebuilding the lost manufacturing base of the heartland, combined with massive infusions of government cash to reverse "family decline, childhood trauma, opioid abuse, community decline." Conservatives, Vance believes, need to "be willing to use politics and political power to accomplish those goods."

It is not just the economic realm that conservatives want to remake by deploying "political power," but the social as well.

New York Post editor Sohrab Ahmari, a recently converted Catholic, electrified some conservative quarters when he suggested in First Things that it was time for Christian conservatives not just to dispense with politeness and decency when dealing with liberal enemies that have turned "elite institutes" into "libertine and pagan" strongholds, but also the bogus notion of state neutrality in matters of religion. Such notions, he suggested, were preventing them from using the government to "defeat [the liberal] enemy" and promote their faith in a bid to "[enjoy] the spoils in the form of a public-square reordered." In plain English, Ahmari is spurring conservatives to dispense with this foolishness about separating church and state—so that they can use the state to impose their religion.

That conservatives are preaching a full-scale abandonment of America's bedrock commitments to capitalism, democracy, religious pluralism, and individual liberty shows that even as they accuse immigrants of not assimilating in America, they themselves are dissimilating from America.

The vast majority of immigrants believe in America's fundamental promise. If conservatives don't, then they are the real problem. Immigrants may or may not be increasing littering in America, but conservatives are trashing it.