Congress Is Worried About Chinese Plot to Use Buses, Rail Cars to Spy on Passengers

Both the House and the Senate want transit agencies to stop buying rolling stock from Chinese-owned companies. 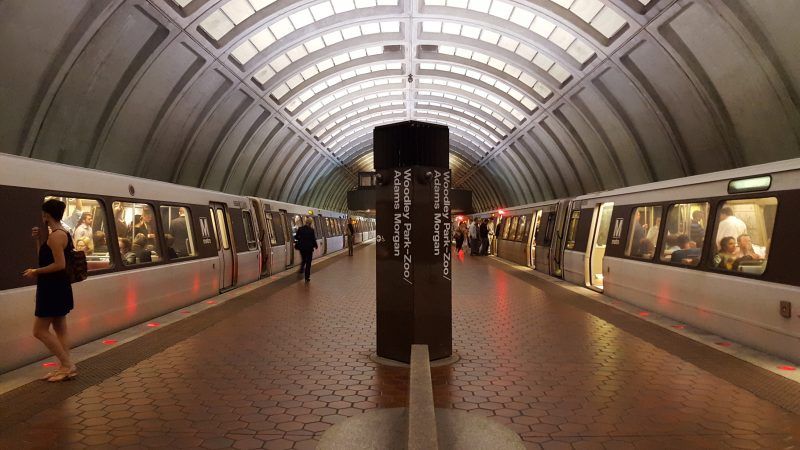 A new threat is menacing the American homeland: Chinese buses and trains. Or at least Congress thinks so. Both the House and Senate have passed bills that would prohibit public transit agencies from using federal money to purchase transit vehicles manufactured by Chinese companies.

The legislation is a response to the rapid growth of the state-owned Chinese Rolling Railway Stock Company (CRRC), which has already inked contracts to supply transit agencies in Philadelphia, Los Angeles, Boston, and Chicago with rail cars. The company has also established manufacturing plants in Massachusetts and Illinois.

"With the financial backing of Beijing, CRRC is systematically working to drive established competitors out of the market and to achieve a monopoly in transit rail car production," Scott Paul, president of the American Alliance of Manufacturing, testified to Congress in April. "If successful, this would be a disaster for taxpayers and for transit providers."

Foreign companies' reliance on government support is a common justification for protectionist measures. In July alone, the U.S. Commerce Department has recommended that tariffs be placed on Chinese-made steel and quartz because of the state subsidies they've received.

Free traders generally counter that if foreign governments want to tax their own citizens to provide the U.S. with cheaper goods, we should let them. Other major suppliers of passenger rail cars in the U.S., including the Canadian company Bombardier, are no strangers to government subsidies.

There is also something strange about arguing that government subsidies are distorting the market for transit vehicles, which are themselves being bought by government-owned transit agencies with taxpayer dollars to service government-subsidized transit riders.

But in CRRC's case, it's not just a matter of whether the company is getting government support. It's which government is supporting it. China, analysts warn, can't be trusted to build vital transportation infrastructure, given the potential for surveillance and sabotage.

This security concern has been heightened by CRRC's announcement that it would bid on a contract to supply the Washington Metropolitan Area Transit Authority a.k.a. Metro, with new rail cars. Metro runs bus and rail service in and around the nation's capital.

"The risk is very high that Chinese-built-in surveillance cameras could track the movements and routines of passengers, searching for high-value targets that intelligence officials can then identify to vacuum data from using the train's built-in Wi-Fi," warned John Adams, a retired general and head of security consultancy Guardian Six, in written congressional testimony.

"The company that is hired to build the Metro cars will also have access to Metro tunnels for repairs and maintenance," said Erik Olson of the Rail Security Alliance (RSA) to the Washington Post. "Those tunnels run by the Capitol, the Pentagon, and all of the city's major business and government offices."

The RSA even deployed canvassers to Metro stations in D.C. to warn riders about the potential dangers of CRRC's bid, the Post reports.

CRRC officials have themselves dismissed out of hand the idea that they could include spyware in the vehicles. Others have questioned how useful train cars would be for espionage and intelligence gathering.

"If you are going to spy on somebody would you really use a metro car?" John Lewis of the Center for Strategic and International Studies asked Reuters. "VIPs are unlikely to be on mass transit to begin with, and if they are, they probably aren't reading sensitive documents," adds Wall Street Journal columnist Nathaniel Taplin.

At the risk of sounding glib, there's also probably not a lot that the Chinese government could do to sabotage public transit in D.C. that Metro has not already thought of.

Years of deferred maintenance and poor management have left the nation's capital with a rail transit system prone to delays, station shutdowns, and the occasional track fire. Ridership is in a free fall, with people increasingly either driving or making use of rideshare services.

Trains coming to an abrupt halt en route to the Pentagon? Tracks bursting into flames underground? This sounds less like the opening salvo of a Chinese cyberattack and more like a typical weekday riding Metro.

There's a good argument to be made for ending federal subsidies to transit projects altogether. But if these subsidies continue, transit agencies owe it to taxpayers to get the most bang for their buck when purchasing buses and trains. By arbitrarily cutting off funds to any agency looking to purchase Chinese transit vehicles, Congress isn't protecting U.S. security. It's throwing taxpayers under the bus.